Some families have a difficult time of it when an older brother, say, comes down the stairs like Wally in Leave It To Beaver but he’s wearing a dress and wants to go dancing with Eddie Haskell.

He’s gay, you’re his brother, you’re dead. This is because you never got the gay brother coming out with the equivalent of a kook warning. What I mean by this is that if someone had given Beaver a warning that his brother Wally < that guy, and best mate Eddie were going to be coming down the stairs arm-in-arm and wearing dresses he would be the fuck far away.

This other family had a cousin named Kevin come over from somewhere west and he wanted to have shot at the waves, he said that over a beer on the verandah of a house overlooking Mona Vale Beach.

This is Dave’s place, and there were some choice afternoon waves down there, like Oscar’s Left off the point that never breaks. So Dave and Kev decide to get down for the early tomorrow. As an aside, there have been times when  it has been said of  Dave that he isn’t a natural in the surf, and he should be happy with that for a compliment. Kev, on the other hand, knew not the forces of a breaking wave. Kev’s a hard hands-on man, water is soft, so no worries thinkest the Kevin.

Dave should have known that, but Dave was a kook for a long time and didn’t come out of it too well. This is engraved somewhere on a rock at Avalon.

They, Dave and Kev, rummaged about in his garage that night getting the a.m. quiver together, and after digging under a Dart wave-ski Dave popped up with a boogie board he had found in Lake Conjola fifteen years ago, that time we took him down and examined his surfing credentials at Green Island. This was after he bought the only Frank Latta board that ever broke in half being paddled out, an Ulladulla bargain. There are some hard-hearted bastards in the business down there.

In any case, they had some equipment.  It was going to happen.

Twenty years ago the boatshed door of the Mona Vale surfclub was quality after-surf territory, enough leaning room on the roller-door there for about six men to watch everybody passing by. The standard eyeball line-up was Dave, some bearded guy with far-away eyes, another with a thumb missing and three or four interchangeable others, and today Dave bought down Kevin from the west.  Here comes down the stairs Wally and Eddie. He’d also bought down the Dart and an old lid with a wrist rubber, for Kevin, who had never been introduced to an ocean. That’s already been said I know, but a reiteration keeps the mind prepared for what follows.

Later – the same morning – and everybody is back against the warm metal bull-shitting about the session just done, everybody but Kevin who was last seen with his wrist rope tied to his ankle, trying to get out in the wrong spot and being smacked down by a series of sand-sucking shore dumps. Everybody knew that because everybody had paddled past him. That’s what you do to a kook you know, because in the water you don’t.

But now everybody is back but Kevin, so someone asks, ‘Where’s Kevin?’

Nobody nods, nobody knows, the wall is silent.

Somebody nudges Dave, suggests he check on his cousin, see if there is a body washed up between the point and Cook’s Terrace, or walking back from there, so Dave walks down onto the sand and looks north and looks south. Sees no Kevin walking.  No booger in the water.

Somebody goes into the clubhouse shithouse and bangs on all the closed dunny doors, ‘Kev mate,’ he calls, ‘you here?’ The missing thumb is looking in the backs of all the open Kombie vans, they must be burning breakfast in there because nobody who surfs does hooch before midday.

He never turned up, Kev, and Dave went away home to find that the guy had packed his bag, caught a cab, gone to the airport, and flown to Mongolia to wrestle a couple of Bökh grapplers.

Where this is going is that when you want to bring a mate down to the beach who is a deadset kook, give us a warning so we can be somewhere else when everything goes bad. Because it always does. 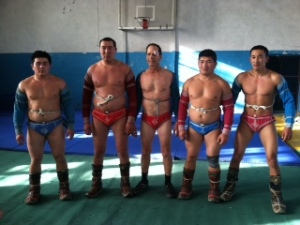 spot kev, look for the bandages