anzacs, and the battalions of the aged 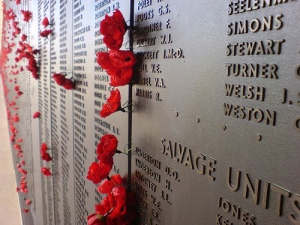 The toweringly stooped and the stove-chested youth,

the advocate of war and his violence, the corrupted soul,

The bantam little puncher and the solemn Champion

Surf club youngsters playing the lair, town boys with too much hair.

red-eyed men, who’s every thought was of a yearning.

Their remnants marched by me today, these battalions of the aged,

and squadrons, so ravaged.

their once massive numbers lost,

They marched by me today, their ranks so savagely rendered,

in their eyes a vastness, depthless glint of their youth, so suddenly ended.

They shall grow not old, as we that are left grow old:
Age shall not weary them, nor the years contemn.
At the going down of the sun and in the morning
We will remember them.

For the Fallen, by Laurence Binyon.