how to kill a rat, BIGTIME 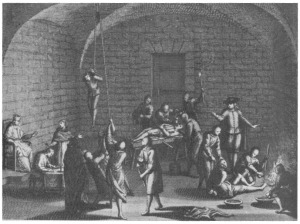 First you have to put on some BobD, something soft and a little melancholy because something dies badly here. Ballad in plain D.

Everyone poisons rats, if they have them. This territory has them by the buckets because next door is a hundred acre maccafarm and once a year the rats around here get their manna from heaven. That’s when the nuts start falling onto the ground. The rest of the year the fat fast little bastards are beating the brownsnakes to the gaps under the doors.

‘What’s that under the bed dear?’

Sheds are where rats are really at, bringing up little rats in old boardcovers and in desk drawers.  Lay a little bait out and next day it’s all gone. Whatever is in that stuff it surely makes a rat head for water, so there’s the pool.

The one rule a rat never teaches another rat is not to try to dip over and drink from a pool. This is because by the time he’s learnt how bad this is, he’s going to die without being able to tell anybody. For a rat, death by pool rivals the Spanish Inquistion for horror.

The rat overbalances and falls in. Always.

Who knows what it does now – drink? – or swim. Swim around and around the pool walls looking for a way up and out, but they can never make it over the sandstone overhang and after a while they begin to sink and come back a few times, before it’s a big one to the bottom. Sounds like a Waimea Bay hold down drama written by Jules Verne, this pool out the back, this saga taking place in the blackness of a quiet night in the hills.

Black water.  Just a few ripples where he went down.

They hit the bottom, softly, right next to the suckerwhucker doing its endless rounds, like a Spanish friar roaming his papal dungeon of one, and the rat is drawn into his sucking parts, whuckasuckaslopasucker, and over the next five hours the trapped rat has its stomach sucked out of its mouth and into the pool cleaning device, increment by increment.

Some people clean pools and write diaries about it.