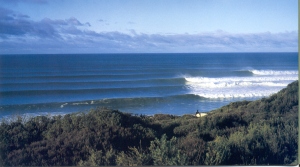 Nothing is true, all those stories about surfing in the the sixties are fiction. Old men and their dreamtime. There is a record here that must be re-written and here we are with our hand up.

We were there, and we remember – and where to start.

Boardbuilders worked out of old sheds and basement rooms, an old stable off Bondi Road – under a canvas roof behind a petrol station on Campbell Parade. They chopped out and glued up balsa planks, clamped them up and left them in stacks for weeks. Forgot them. Left for all points north and locked everything away for the season. Some of them travelled to Hawaii and never returned, others fought their way into Queensland – fought their way out. They drove racing cars and played golf. Some were Catholics, demonstrably so.

Boardbuilders thought little about sending home some spindly youth who weighed about 70 pounds with a unit that weighed about 30. Some delivered the boards personally – Brookvale to Bondi –  and then spent the night drinking rum and watching rugby league with the family, this is after the old man had handed over the 30 quid. COD.

Deposits in those ancient times were like french letters, nobody bothered.

There was a period when everybody wanted their boards bleached. This was a secret process and the balsa came out of it white allover. Just lovely. There was however some small complication with the glassing processes as many of the boards delaminated in sunshine and blistered up into massive air-filled mounds. Expert advice was to prick the bubble, squeeze out the air and glue it all back together, that or fill the cavity with Tarzans Grip.

Later on the salt water would penetrate the wound and in a very short period of time the 30 pound board became a 45 pound board – and nicely yellowed. Spongy, except for the rock-hard mounds of glue all over the deck. This led to another problem as the chemical properties of T Grip ate away at the balsa, like termites.

This you bought at the chemist. Big hard blocks of paraffin wax that scored lovely long fractures down the deck on first rub. Problems with softening this stuff occupied some of the finest minds of the time. Dunk the block into boiling water, lift it out with the fingers. Set fire to large wads of newspaper and hold the block in the flames, with your fingers. Melt it in a saucepan over a gas jet and mix it with turps. Burn down somebody’s house.

Wax was a big problem.

Three parts resin and just a touch of hardener should do the job. This was the advice given and one by one we burned holes all the way through the deck to the bottom of the board. Shredded rails were fixed with waterproof builders putty. When the serious damage became too great to consider making good, portions of the board were sawn off and thrown away. Incidentally, this was the real start of the short board revolution. Everything else is lies and self- aggrandisement.

– then there were the girls, and none of it was easy.

Tags: Balsa Boards, Bondi, surfing in the sixties
From: Works
← south – the eye of the needle. story 16
mrs dickens →
18 Comments Post a comment