surfers who work ~ the ride 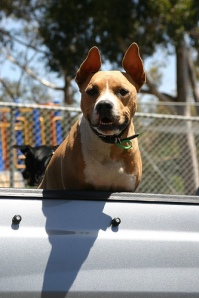 We continue the series :

Surfers who work : their choice of transport

Motor vehicles are subject to much discrimination. The standard types that will not excite comment are (a) the F100 and (b) the White Ute. These are the Chariots of the Patricians and they have right of way and site parking privileges.

They can be otherwise distinguished as Vehicles of Importance by the accumulation of invoices, statements, dishonored cheques, quotes and site specifications on the dashtop. Quotes on detailed specifications, as an aside, are unknown in the industry, as they are in the Custom Board Design.

Purchase five custom made Simon Anderson boards and buy a lottery ticket every time you receive an acknowledgement from him at Bawley in a large winter swell.

Are you following me? What is it with these bigheads – don’t they read the documentation on success in business?

The other more common types of vehicle favoured by the workers are similar only in the advancement of rust and the interior collection of shark’s teeth, skulls, feathers, driftwood, bride’s garters, tarred up roaches, cigarette papers glued up improperly and empty 2 litre coke bottles –

The endless litany of an imperfect life spent without restraint.

This eclectic collection can be either on view in the tray or spread throughout the interior. Blankets and pillows are not uncommonly seen and in fact some of the more needy, or more parsimonious of the men hired for the job may settle at the site for the duration of the contract. Not unlike those dreadful looking Hong Kong labourers in their ramshackle sheds around the back of that lovely hotel you were shoveled into last time your wife convinced you that jewellery was cheaper in Nathan Road than at Brookvale Mall.

This practice (forgive me, I rambled a little there) is not favoured by local council as the person’s regular sanitation routines are often prone to justifiable criticism from the nearest overlooking neighbours, not to mention the returning workers, who may insist he perform his heavier duty ablutions elsewhere, like the nearest surf club, – or the local hospital for instance.

Shit, after all, is an abundant and regular product.

Surfing paraphernalia  – in the manner of window decals, collections of discarded leg ropes, yellowed and salt stiffened wetsuits; all either stuck upon or hanging off the vehicle cab –  does no longer command the automatic respect as it has in past years, although the appearance of a racked new surfboard, custom built for heavy surf calls for certain caution in the adjudgement of the character of the car owner, if not previously known.

Ignorance, bias and prejudice manifest themselves narrowly in the choosing and maintenance of these animals, as known shorthaired savage child killing breeds are typically coveted and treated with an affection that is rarely returned to some of the lower echelons who lend themselves to the construction industry.

Some worksites are regularly entertained by whirling dogfights that are usually brought to an end with either fire, clubs or water, or blood sweat and tears.

A dogfight between a builder’s animal and a labourer’s mutt can never be tolerated.

It is not uncommon to hear a remark upon the comparison between the robust muscular and well-tended dog and its emaciated, glassy eyed and raggedly garbed owner.

However, the upside of this dichotomy may well be that the sight of a cold eyed and heavily scarred beast astride the crowded tray of a builder’s stationary ute in the local village carpark will deter every approach by either the constabulary or the local council’s parking officer – and is very helpful indeed when the brute patrols materials not legally acquired.

Previous chapters in the series:

Tags: apprentices - learning a trade in easy instalments, Works
From: Surfers who work, Works
← harry’s christmas
taking off and faking off. →
7 Comments Post a comment