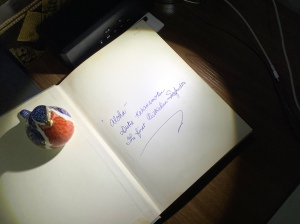 Bob Cooper was the first surfer I ever saw pick up someone else’s carpark rubbish and put it in the bin. Every now and then Bob McT strolls over for a chat when we’re both eating sushi up at Federal, Dooma gave me a massive grin after I washed shore at Warriewood after being belted by the biggest barrel I’ve ever attempted, Mick Dooley never forgets an old friend, Midget didn’t mind sharing a joke on the headland overlooking Arawarra, Bonzer Bob stills laughs when reminded of his near castration by his fin the day he decided to ride his board upside down, Kevin Brennan wished me luck when I sat for the Leaving Certificate, Corky Carroll sold me one of his old boards, Ray Young flew one of his own balsa boards up to the goldie when mine wasn’t ready … Simon Anderson nearly smiled when I said g’day to him in a Brookvale bank queue, Col Smith pulled air over me when I got in his way at North Narrabeen, Dewey Weber wasn’t in his Huntington shop when I went by, but an assistant, his double, was most accommodating, Larry Blair let me mind his wax when he went out for a Qtr final at North Narrabeen, TC laughed out loud when I swam out on a tiny offshore day at the joey, only him out, and told him he surfed like a hungry kid, Phil Edwards looked down on us benignly from a carpark as we rolled by on our way to Mexico, and Duke Kahanamoku signed Jack Pollard’s book for me in Dymocks.
We are, all of us, historians in our way.