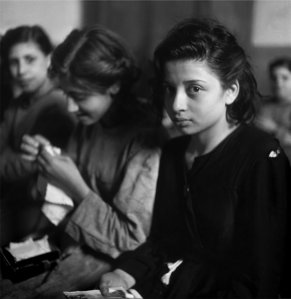 There’s a small marina a little east of the hotel, enough for about six boats: a closeted space not big enough for the owners to carry out the maintenance needed in keeping their hulls clean of rot and barnacle growth and decks free of gull and pelican shit. So the boats rest at their moorings and slowly subside under the weight of neglect.

An hour before dawn, walking past the narrow grass verge that separates the moored boats from the shore, a dark, human shape can be seen rising from its resting place. Haggard and unkempt, draped in wet, dark clothing – slow moving as it, he, rises from the clinging earth and gathers up his bags before moving away.

Frank is on hard times.

A recent appearance in court has awarded him another six months of overt police attention. Then somebody came by his resting place the other night and took away what little he had that was worth the stealing.

Men such as Frank have many brothers.

Mara though isn’t one for giving up on her man, and Frank, sober Frank, is a gentle fellow who tonight is without the means to buy even the cheapest dinner.

Mara, by his side, sees his loss. His diminution.

Frank carries around a two-litre plastic bottle of raspberry cordial and methylated spirits – his mother of mercy – and tonight he stands muttering a stream of wants and complaints at the counter of the local pizza take-away. Mara a few steps behind him. Waiting for it all to end badly, watching as an old white-haired man takes away his dinner.

‘Mara,’ the pizza maker calls as he boxes up a pizza to go.

The call was from Guiseppe, an Italian pizza-maker who had admitted to the old man he didn’t know the origins of the pizza puttenesca.

‘One double mozarella with capers, olives, anchovies and a side order of garlic bread.’

From: Ballina
← as it was
bait →
No comments yet