being a writer – its greatest reward 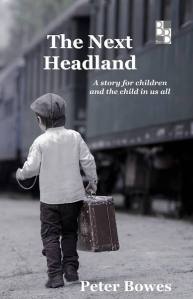 I have a neighbour – a man of ninety-two who spent his childhood in Manly – and as a boy, he once told me, spent endless days wandering the beaches and bays that surrounded his home. Head down in rockpools hunting crabs, dodging columns of whitewater thrown up around the cliff bases south of the Bower. Specking the beaches for treasures of driftwood and spoil.

John served in the RAAF 102 squadron in WW2 as an air-gunner, and I haven’t the diplomacy to ask him if his artist’s eye for detail helped in sighting his target.

After the war he enrolled at Julian Ashton’s art school and studied under Henry Gibbons. John Olson and Brett Whiteley studied at the same school.

John still paints every day, as you will see.

When I was writing The Next Headland I floundered at the end; couldn’t find the words for the last chapter of a small book that had taken me eighteen years to write.

John helped me out with that over dinner one night without knowing it. All I asked him was how he prepared to paint a wide landscape. That and does he use a three-legged stool.

So, about a two weeks ago I gave him a copy, inscribed ‘John, thanks for the last chapter, Pete.’

And today, leaning up against my front door, not quite dry, I found a small oil painting. 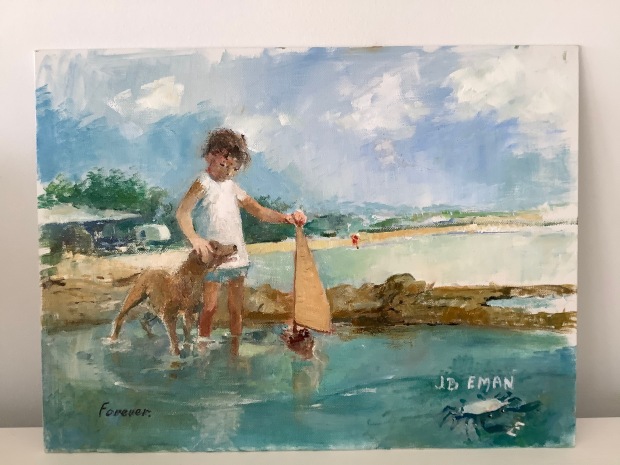 There is more to this painting than meets the eye, but you will have to read the book to find out why.

And to John Beeman (two e’s), my thanks. You did the book proud.