no place for old men 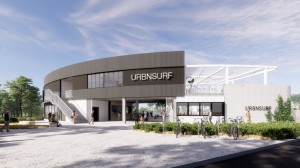 There’s a line of about fifty outside the ticket office this morning and  it’s only five am, an hour before the gates open and they take your money. Most of those waiting are youngsters, girls and boys, and their excited chatter could be heard from the car park as the old man unstrapped his 9’6” single stringer. Colourful mob they are as well, nothing muted or faded in their towels, boardshorts and shirts and of the fifty or so at least forty are holding iPhones.
The old man locks his car up and joins the line. He’s wearing an ancient pair of Adler canvas boardshorts and printed on the back of an equally antique T-shirt is a faded ad for Haleiwa Strained Poi.

The kids hush down a little after he joins them and a couple of girls giggle behind their hands as he folds his ragged old towel, puts it on the ground and stands his board upright after gently settling the back end, unwilling to risk a fracture on the intricate woodwork built into the tailblock.

He’s a wiry fellow, brown as old wood and all bone and sinew, unshaven under his battered straw hat and he’s the only one in the queue barefoot.

When it’s the old man’s turn the ticker seller asks if he wants to pay for a beginner’s session, an expert or an advanced session, $79, $89 or $99 respectively then whether he would prefer a left or a right. He also mentions that with the maximum of 20 out already and another 20 waiting would he like to grab a coffee at the cafe and wait for his number to be called, and, by the way, there’s a big stopwatch on the building so he can time his one hour session.

An hour later the old man left $99 poorer, his shorts still dry, his old board untested.

Two days later he paddled out at the southern end of Sharpes Beach Ballina, alone except for a pod of dolphins. 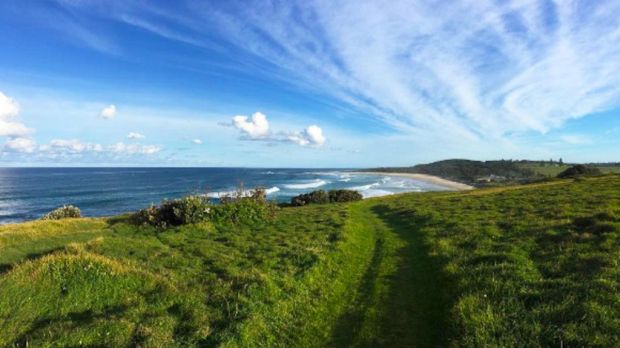 Tags: home is where your heart is ..
From: Works
← no name – the little right nobody rode
Hampus Naeselius doesn’t surf →
6 Comments Post a comment