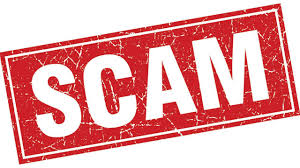 Phil takes a slug of his beer, burps, looks at Pete.

Both men are in the bar of the Ivanhoe watching Manly being beaten again.

Phil withdraws a tightly banded wad of notes from his jacket pocket, lifts them to his nose and smells them.

‘It’s like having the only ticket in a lottery.’

Darcy drove into the off-road underground carpark at about midday, stopped at the barrier, punched the ticket button, counted two seconds, watched his ticket slide out, took it, waited for the barrier to rise then coasted on through.

Darcy was with Dora, his wife of over fifty years.

Phil has a small windowless office inside the parking station, just by the municipal toilets, steps and lift. He has a desk a chair and a CCTV screen. Somewhere to hang his coat. A bulky Metro ticket machine stands by the wall outside.

Sees two codgers exit the vehicle and head for the stairs.

Time to pay and go. The routine here is that you load your ticket into the Metro, it does the numbers, you slide your money or card in and out comes change and a validated parking ticket that will work when you get back into your car, drive to the exit barrier and slide it into the slot. Then the barrier goes up. End of story.

Phil exits his office, closes the door and walks over to the Metro just as Darcy slides out three twenties from his wallet.

Darcy is watching the Metro payout screen, it took his ticket and wants $56. Cash or card?

‘Bloody Japs took over the company,’ sez Phil, ‘must be broke or they’d fix it up so it would stop breaking down.’

Now Darcy is looking at Phil, who’s up a little too close and has red-mazed eyes.

‘Unreliable, you know what I mean?’

Phil punches out Darcy’s ticket, reads the print and puts his hand out for the $56. Darcy hands him the three twenties and watches as Phil goes back to his office for change. He comes back with the  $4. The ticket stays on his desk.

Phil grins, nods over at his office. ‘ I’ll do it from here.’

From: Works
← the royal avalon literature society
queueing →
No comments yet