The El-Nonchalanto or the ‘ Look at Me I’m so Calm ‘ manoeuvre.

Ride by Kalle Carranza, pic by Scott Aichner, trim by out the window

The ‘El Nonchalanto ‘ manoeuvre has only really come to prominence with the advent and pairing of digital cameras and waves that are wholly capable of murdering their riders; Pipeline, Teahupoo, Shipsterns, etc etc ..

Young Kalle ^ demonstrates a classic Nonchalanto at Teahupoo – A fine example of ‘ Look at me look at me, I’m so fine, here’s me crankin, down the line’

What begs the question here though is who is in the biggest danger of getting belted, Kalle or Scott ?

Scotts’s just (1) taken the shot and (2) successfully dodged El Bueneo Supremo Hombre on his path to a moment’s righteous glory.

The lip is now up there somewhere, out of sight and heading south with malevolent intent. Scott also has to avoid getting sucked over the back of the wave and getting nailed into the reef, then it’s the struggle to the shore or over to the boat with all the gear.

Later on he’s got to buy all the drinks and beg someone to buy the pic – that is of course if he manages to get all of his kit out of the water free of impact damage and salt water immersion.

This is not acceptable.

The El Nonchalanto, as a technical function, does not appear to be in any way a valid form of enhancing The Ride.

In fact subtracting all that weight (the arms upper and lower) from the delicate balancing membrane of mass transfer and velocity displacement required in this particular situation, and then deliberately placing them in a non-advantageous position (as per pic), is foolhardy. Plus you usually end up looking like a dag.

The genus of the phrase El Nonchalanto is down to the thoroughly likeable Micky Munoz and his El Quasimodo – seen below. 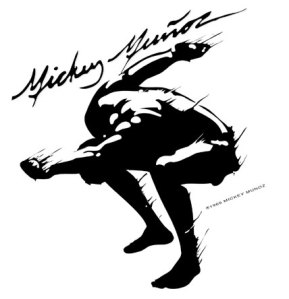 – which of  course, and despite its complete lack of function, has been trademarked.