it helps to be a right bastard sometimes 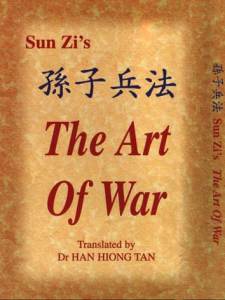 With all the talk about hostility and violence out there we thought that a few reminders of a surfer’s vulnerability to ridicule might incite a little understanding from the lay folk who may wander by this place from time to time in the hope of learning something they would not necessarily come across elsewhere.

Or, why are most surfers real bastards?

Let me take you on several journeys.

(1) There are six of you out at Green Island and everyone knows each other – in fact all have travelled down there together for the weekend and now are just sitting around waiting for the next set. Which should be a reasonable size like all the others before it. One of the party is an impulsive talker, he just talks and talks and talks and the other five slowly move around him so he is looking at them and has his back to the horizon. This is pre-arranged, certain plans were laid the previous night.

The next set approaches and he’s still talking, we pretend to listen, the set looms and we gradually ease away from him, talk talk talk. What did Sun Tzu write in The Art of War – ‘ An attacking army should be like a breaking sea, fast moving, silent and with plenty of size.’

The set is now twenty feet away and almost ready to break when everyone but him (we’ll call him Dave), before Dave realises there is something dreadfully amiss here as he has lost not only our attention but also our close companionship – and now here it is and up it has reared and YEEAAAAAAAS ..  look at that thick bastard lip catch him absolutely square just as he pulls his board around.

Dave gets washed away somewhere, snaps leash, loses board, and is last seen wandering around the onshore boulders looking for it. There is some blood. He occasionally looks out at us and he appears to be yelling something – we hope he is ok, he’s cooking the prawn curry tonight.

(2) Four hundred miles north of the city, 3 am,  and we are on the way to that mystic point that hardly anybody knows about, chasing a two day old ground swell, and everyone decides it’s time for food and drink at the 24 hour truckstop / motel with the chicken and sambal pies and choc malted milkshakes. Then it’s the 50 mile run to the coast on the single lane gravel track.

And do you remember promising your dear old mum that you would make sure that little brother (the only lidder on the trip and didn’t he pester the shit out of everyone to get a seat) would be well looked after?  Do you think he will ever forget having to run 3 kilometres after the car, in the dark, on gravel and barefoot when everybody piled in and left the cafe without him, deliberately?

(3) A grey and wet day at Dolphin Point and there are five of you asleep in the two vans after a day of ice-blasted perfection and in the morning there are only four wetsuits left hanging in the shower stall for the pre-surf steam-up.

The fifth suit, the one belonging to the only goofy-foot in the group lies outside, stiffened and rigid in an icy puddle under one of the vans, well under. It takes him twenty-five minutes to find it – which is only fair seeing he pinched all the sets the day before, and he never makes the toast.

(4) The attractive young lady sitting demure and alone in the saloon bar of the Milton pub, the girl you have been trying to crack onto all night and whom you are certain has given all the right signs that she fancies you is in fact married to that very big timber-cutter who has just entered the room from some disturbing carnage in the public bar and is currently heading into your face.

The gentleman appears to be On Mission and the romance game is apparently up – some substantial pain is imminent and  your friends, all of them, including Matt the Gorilla are suddenly all the way over there in the corner of the room around a table for four –

At least you’ve eaten something, functioning teeth could be a problem later in the evening.