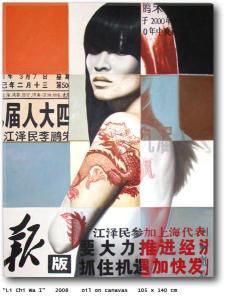 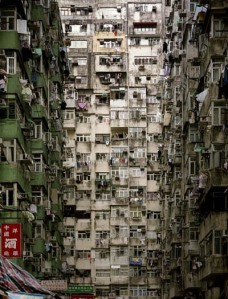 The taxis outside Dongguan station were all home modified two-stroke mini-buses and none of the drivers knew fear or favour as Scoresby, newly arrived in the Middle Kingdom from the lassitude of a month’s layoff in the Hong Kong Yacht Club, felt a strong uncalm as the feral rushing hordes of free market commissionaires plucked at him for his ride.

A warm night in the oriental tropics is this night in this town with latitude similar to Mackay, and here these hot streets, barking frogs, and the vigorous blare of hundreds of car horns as China toiled away at the 24-hour restrictions of the 15th day of March 2006.

The black night air is dimmed up to grey with the misted poison of a million free-range cars and buses and trucks, and the air stings Scoresby’s tongue, and he turns his foolish head at every hornbleat.

Twenty-five 6 Star southern China Hotels are within a mile of the station, all nestled up nicely to the local nightclubs bars and brothels.

One and a half hours to the typhoon coast, where whispers thrilled of three-mile point waves and coastal cities beset with Malaria and Japanese Encephalitis. Dengue Fever, AIDS.

And there in a small place a collection of  gravel-mounded graves of some unbearded and unanmed English dead.

Scoresby exited the train, exited the station with its McDonalds advertisements of crayfish and mayonnaise burgers and entered New China

Entered a town of unlit and crowded streets, where shadows of lounging men flickered by in the lights of unending traffic.

Hunkered down young men who lurked innumerably in small nestings, on dark corners, seemingly watchful, silent, and lit only by the glow of a shared smoke.

The baggage men plucked at Scoresby and yelled loudly at each other, they tugged at him and offered weirdly sounds of comfort and destination and safety, and all the time they winked and shoved at each other as the white man reeled from one to one other.

Grab a taxi, get to the 罗炽泽  Karaoke Club by midnight, and I’ll introduce you to the company, read the email from young Eric Desjardins, the Frenchman boat builder from Mona Vale. Three years here now and twenty pounds heavier.

No worries was Scoresby thinking, just grab one of these mobile Chinaman and go get beers, then point him towards the noise and  find the party.

Shintao beer is what’s left of Carlsberg’s disappointing venture into the Chinese boozer market, and since then China has given the krauts the arse, grabbed the formulae, increased the flavour, increased the alcohol content, increased the bottle size, and decreased the price.

Some people you love at first sight, thought Scoresby – China – almost a brother nation already, and they like a bet.

So with an underarm slab of Shinto costing $8 aus, lovely Korean girls on all the stools, music by a revolving succession of Britney Spears lookalites, and over in the corner eleven dangerously slammed Australians and Frenchmen singing like stoned cats – our man walked through the door at 1.30 am knowing now that home sweet new home has many rooms.