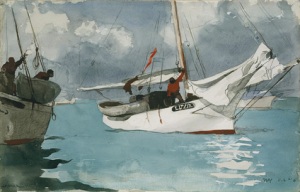 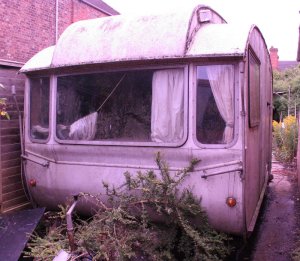 The small caravan jammed in behind the boatshed radiated far too much heat for a man to sleep by about 5.30am in the middle of summer.

This one van in particular as it faced the broiling east and was subject to the same hotly rising sun that had about twenty locals at North Narra squinting away offshore as they waited for that last set before work.

Have you ever woken in the same bed as a drunk?

Have you ever breathed in that acetified air they exhale, that breath that can only be likened to formaldehyde.

– or like acetone, or cigarette lighter fluid, like some metholayted canker brewing in the gut of the girl bedside me here.

The shed was closing for Christmas and in two weeks Pete had to go, the firm’s charity all done, gates to be locked, caravan sealed, Pete to be gone.

About three months ago we hired him to fare the hull of some billionaire’s Maxi yacht, him together with about twenty others, and with payday being Thursday it did not take long for everyone to see the damage he was doing to himself on Friday and Saturday. Little compensation indeed for the daily lungful of composite dust and resin fumes. The worst job in boatbuilding

Pete is only a little bloke, and he has the inflated and ballooning cheeks of a man slowly poisoning himself with alcohol.

His emphysema is a drowning man’s fluid breath, his words bubble out of a thickened glue that surely laps the back of his tongue

Like two imminent deaths in the same body and with some kind of medical connivance, these two terminal conditions deliberately slow at the finish ribbon, not quite bound at the heel, and Suicide Pete liked a double whisky first off on a Saturday morning.

Then a cold schooner of VB and another whisky, and again about three times repeated until he finally settled down to four schooners every hour, or until the two fifties or his friends ran out.

The van stank of piss, the mattress leaked a honey drip of old urine onto the ragged lino covered floor. He’d stacked layers of newspaper between the mattress and springs to absorb his incontinence. Immortal words wadded with waste.

None of the air-vents could be  opened.

The small refrigerator’s door gaped open like the mouth of a poisoned animal – displaying the furred and rotting leavings that were a year in arrears. He lived like a Buddhist monk Breathing Death; living in a cell with a corpse for illumination.

No light today though.

Pete – sitting there on this hot morning awakened by my knocking with his fear crawling about with the apprehension of imminent homelessness- was dumbly quiet, and quietly sober.

Saintly almost, in a bareheaded kind of way, with nothing to show for 40 years of labour.

Saint Anthony of the Caravan

He didn’t ask for anything

He had a few soiled things to pick up and pack before we locked the van, and the two fifties out of petty cash didn’t swell his pocket much.

Then he left after shaking my hand with the firm grip of a man on some deliberate and long planned journey.

‘ Watch the money, ‘ I replied, ‘ Hang onto it Pete, two fifties isn’t much.’ He had no holiday pay; men like Pete have it paid out the week after it accrues.

And that’s when his eyes grew old, just for an instant, before he turned away from me and whatever I stood for.

And he shrugged the old quiksilver pack onto his narrow shoulders and left without looking back.

He came by the office about two months later, just on a visit and only half-shot, and he pressed a fifty onto me. He was clean-shaven, he looked ok.

Thanks, he said. I didn’t want to forget.