how to get rid of blow-ins with extreme prejudice 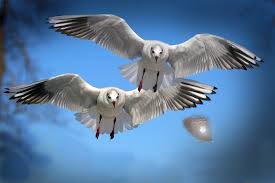 We all know what it’s like when a car full of blow-ins arrives at your local beach five minutes after you and with demented hoots and cries of joy they disembark their vehicle, grab their boards and before you know it, have taken over that choice little peak you thought for one foolish instant was yours alone for an hour or two.

What can you do?

Well, it seems like there’s a new government initiative that allows anyone to dob in a tosser online. For instance, if you see someone flicking a roach out of their car window, tossing a dead marine onto the road or even ejecting a passenger considered unworthy you can report them. Not that anything immediate will happen but the certain knowledge is that the owner of the car out of which the offence occurred will soon be subject to an infuriating and possibly endless succession of threatening correspondence from the state government and fines and prison sentences await those not willing to co-operate. Which can lead to a catch-22 situation if the following suggestions are followed.

Given that government employees spend most of their lives working in high-rise cube farms miles away from the coast you can be sure when your dob-in form arrives on their computer – provided you fill it in correctly – they will react with extreme prejudice.

The online form itself is an all-encompassing piece of data collection with questions asked about the offending car’s rego, make, paintwork, etc etc but the questions we need to answer properly in order to get these blow-ins off our turf permanently are at the end.

Question: What type of litter was it?

Answer: a hash pipe, a crack pipe, a gun, a severed hand, a knife, a body .. take your pick

Question: Which occupant of the car littered?

Question: Which side of the vehicle were they on?

Answer: the side with a large blood spatter on the window.

Question: the litterer appeared to be?

Answer: a danger to society.

Question: do you know the litterer?

Answer: only that he sells 1oz bags of ganja in the Newport Alms carpark on Wednesday night at 9 pm. (It’s wise to give them some details here)

Then of course they want to know all about you  … so here’s your chance to put another blow-in through the ringer, providing you know his MOB number and email address.

Tags: two birds. one stone.
From: Works
← how to read the stockmarket.
how’s your recall? →
No comments yet