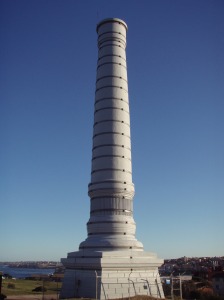 In a time before Bondi’s waste was treated
Regular bathers oft were greeted
By a floating stool or toilet paper,
Whilst in the air hung a putrid vapour.

There were small brown deposits upon the sand,
And were joined in the waves by a popular brand
Of rubbers, or Frenchies, as some were known,
From a certain direction whence the wind had blown.

Now here I was, aged about ten,
Surfing the swell with some older friends,
And when I emerged from under a wave,
A scream of terror my friends all gave. 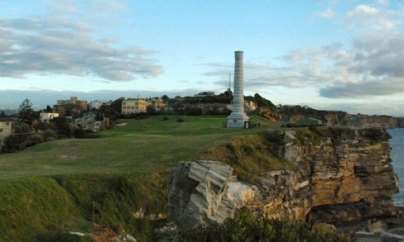 While they all screeched at the filament,
I thought a shark bite was imminent.
So I swam towards them in equal fright,
But they swam away with all their might.

And when we struck upon the beach,
They continued screaming and to point at the “leach”,
Which had draped grotesquely across my head,
“Oh help me ” I cried, I thought I was dead!

“What is it?” screamed I, ” Oh, get it off, please”,
As I trembled in fear and went weak at the knees.
Awaiting a strike, a bite or a sting.
I had no idea what the next move would bring.

I was alone in my panic and no one would dare,
To help me out from my despair.
Until I saw some help at last,
But was greatly bemused when I heard it, laugh? 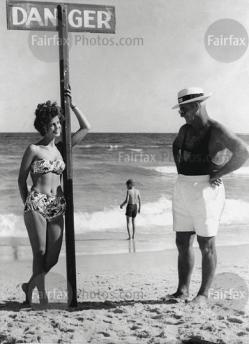 The Beach Inspector had come to help,
He was armed with a stick…..
I began to yelp!
” Hold yourself still girl” as he removed the “leach”,
And flung it down upon the beach,
Where it was recaptured by the Sea
While I was led away for a cup of tea. 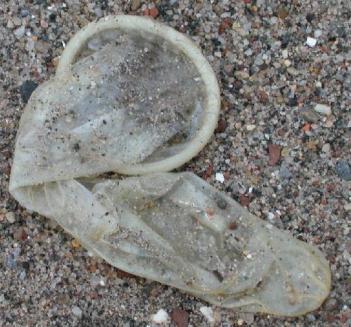 From: Bondi, Works
← bondi forever: the documentary
how to behave in the company of a surfing legend →
No comments yet