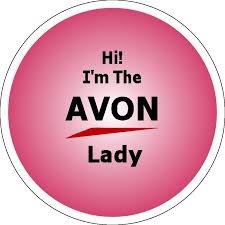 Definition: An Internet bot, also known as web robot, WWW robot or simply bot is a software application that runs automated tasks over the Internet. Typically, bots perform tasks that are both simple and structurally repetitive at a much higher rate than would be possible for a human alone.

Alex is a wintry old coot and an internet pickpocket we reckon and tonight he came over with a newspaper article. We’re watching Easts v Dogs at the fishing club and it’s halftime so somebody has flicked it to the Townsville races.

‘Imagine,’ Alex says, after we give him some space, ‘me writing up a bot that trawls for any news of an outfit named, say, TPG – who made an offer for Avon Japan a couple or five years ago, and won. So I ask the bot, my little hunter – go get me the words of that submission.’

It does. Up they pop. Right click, copy, paste.

This is Alex talking.

Three hundred pages of detailed submission, all according to Hoyle. Stamped and authorised to shit and back. So much per share. Six US bucks per each.

Alex says to us, ‘what if I fashioned up a submission to buy Avon USA based on the TPG Avon Japan boiler-plate offer, but first up I made TPG become PTG?’

‘Then I did it a couple of more times through the document, and at the end I offered six times what the stock was at right now?’

‘And then I flipped it through the portal, and it didn’t fail the integrity parameters?’

‘What if,’ Alex says, ‘somebody forgot to write up a “what do I do if I find a document space X twenty times” routine in the software the acceptor bots are using, eh? The blind little fucker goes into loops looking for nothing is what happens, and everything else times through, addresses, lawyers, accountants. This line of larceny is like playing chess with someone who can’t see the pieces.’

‘Then everything goes into jive.’

Alex always had red eyes, and would smoke his thin cigarettes out in the carpark.