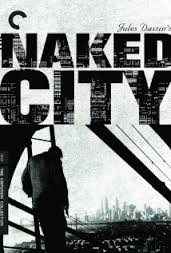 A massive black cloud is overhead, spitting lightning and collapsing into itself with roars of rumbling complaint. A nest of atmospheric fury is moored to the heights of  Mount Warning and its sisters. Warning the Rainmaker. The Northern Rivers is in the wet season.

Ballina is too wet and too busy today to score a slot on the main street even after two circuits. Queensland cars are everywhere, those guys drive the highway like it takes them all day to read your numberplate – that dimwit who takes up all your rear vision mirror coming south of the Tweed? He’s a Queenslander.

We get a slot a little way away, a couple of blocks, the rain is warm and steady so when the bank doors open and the concierges look up they see a 70+ with wet hair – wild wet grey hair – slip on in and tack himself onto the tail of an eight man and woman queue.

The bank queue, what do you do when you wait, watch? Listen?

The only two tellers are dealing with a client with a Columbian accent who is asking to transfer US dollars from Yemen to Istanbul, or something. Today. He acts itchy, gets nowhere, goes away.

The queue is down to six, the Columbian dipster as been replaced by two large German women wearing their daughter’s shorts. They lounge at the teller’s slits with their outreaching, tightly wrapped bulging bottoms in large view as they whisper their financial wants.

Down to four. Out-of-luck Neville is up at the coal-face now, he’s talking to Gemma the teller. ‘There has to be,’ he says when she says there isn’t.

‘There has to be,’ he says and he turns around to look at me.

Neville shuffles away through the self-opening doors and into the warm rain.

Down to one. I’m behind a small man with thin, combed hair.

He looks carefully dressed, like his wife of sixty-five years laid out all his clothes the night before so he’d look ok getting out the house to go into town to get the house-keeping today. Ballina is like that, it’s a careful town. Everyone worries.

He’s wearing a Mambo T with the farting dog logo on the back of his right shoulder. The fart looked right, soft and faded away with the washing.

Somebody has walked up and stood beside me, leant over and spoken softly very close to my ear.

He’s a big, wide whiskered fellow with the odour of many unkempt and roisterous nights about him, and he has roamed in on me, number two in the queue. The wet, grey-haired old man down from Eureka. The Mark.

‘Mate, me car’s double-parked out the front, can I get in, in front of you, ok?’

Nobody double-parks on River Street, you cannot, the entire boulevard is an angle parking reserve of rigid enforcement. Nose in, arse out. Back out at own risk.

Ballina is a careful town. Everyone complies.

Ballina is like going fishing knowing something will bite. Ballina is like Lennox Head. The Northern Rivers is like the Naked City, there’s a million stories up here.

The big man needs some advice, a word. I represent the seven people standing behind me after all.

‘There’s plenty of parking around the corner, mate’

He stands there, this untidy and untrustworthy man who wishes to intrude on the rights of the righteously enqueued, clacking his loose teeth together as he configures a timely response.

That’s it, the dill is an oaf, and must be dealt with under the King’s Orders.

He must be immediately banished from the front of the bank queue and relegated to the far rear, behind the two muscular young men in clean white singlets. They arrived together almost holding hands. The bank concierge ignored them with a glassy smile.

Ballina is a progressive town.

It was a clean blow, delivered with force just to the left of his right ear and it whirled him around so he faced a small, hatchet faced woman walking through the bank on her way to an interview with a finance advisor about a meagre inheritance being stripped bare by her sisters’  lawyers.

She had a small, serrated knife in her hand, blade held uppermost and the thrusting stab she had prepared for young Jason, her advisor, was prematurely enacted as indeed was she was at birth after her mother was impolitely impregnated by a father unrecognised in the family annals. Hence the inheritance issue.

She didn’t hesitate and jammed the blade into his shirt – into the tension of his great, unrestrained stomach – which immediately ruptured, and spilt an ever-widening mess of entrails and steaming food onto the carpeted floor of the bank lobby. 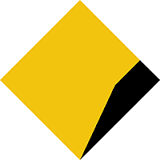