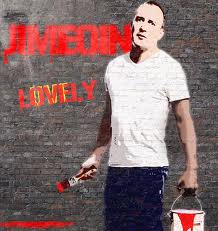 “The Travel Money card; with its configurations and system architecture, its identifiable logic, security gateways, and ability to gather and store data for both marketing opportunities of the customer specific type, together with realtime customer risk analysis is at the razor-sharp edge of banking software.”

The man doing the talking was wearing braces over his striped shirt. His name was Russell Holmes and after fifteen years working for Oracle he had swiped enough software collateral to start up his own IT consultancy. RHIT PTY LTD.

Today he was explaining up the CBA Travelcard’s specific Client ID Filter (SCIF registered ) to a room of the Banks’ corporate suits; an online and phone facility that enables a client to (1) identify himself to the Bank by answering a couple of previously set questions, and after successfully answering them (2) be enabled to log on to his TravelMoney Account and renew his PIN and/or transfer money in a range of currencies.

How easy does that sound? So easy that Russell asked himself.

‘How easy does that sound?’

‘On Travelcard Account Set-Up we ask them (the client) five questions, we record their answers to just three of them on file, and from then on that’s all we need to know for an online or phone identity check.’ Here Russell gave a little dance, at $2500 an hour there should be Sly and the Family Stone up there with him.

Mick is an accountant from backsticks Kyogle Town, and after three years transferred to Head office he knew how permanent some bad decisions can be. First he got the corporate job, then he got the $550k loan for a three bed no garage in Cromer. Lovely little number, one of the last asbestos builds on the street. Bargain. Lovely.

It doesn’t help that Mick’s down three sizes in jocks because the Bank has both his balls, but he likes question time with a marketing ponce wearing braces. Mick takes it where he finds it in the city, beats stealing bush weed up in the hills at home on weekends.

Russell says. ‘First question we ask is .. What’s your favourite colour? Everyone has a favourite colour, it’s always blue or green, pink, sometimes black for the weird ones. ‘ Chuckle chuckle goes Russell.

‘Whatabout,’ says Mick up the back, nice and slow so everyone can hear, ‘if some babe say is planning to go to Paris to spend $15,000 on a frock, and the frock is colour puce. So that’s got to be her favourite colour going over, right? Right. No way she is going to spend that much big money on something that isn’t her favourite colour.’

That’s Mick’s intro, a couple of us sit back for the show. This bloke is better than Jimeion, he’s unfuckenassailable. Can’t beat a country boy at this. Mick goes on, and everyone is all ears.

‘- and what if it doesn’t fit so she comes home without it. She’s going to want to dump that favourite colour option there for a while, I’d reckon puce would be on the nose on the way home Russ wouldn’t you reckon? And if she stops in HK after hitting the onflight champagne, forgets her PIN, rings in to SCIF, gets asked what her favourite colour is, and this babe don’t ever lie, … well, what’s she going to say?’

So that’s one down to Mick, a little high five down the back of the room, low key.

‘Could be Chinese, Italian, hamburger – anything like that.’ Then Russ made a mistake,’whatabout you down there, the puce guy, what’s your favourite food buddy?’

Mick has a little trick with his ears, he can tighten up both sides of his face so his ears move up a little, in other words, he can prick up his ears.

‘Chinese,’ said Mick, pricking up his ears, ‘always loved it, right up to last month when I sat up in bed one night after a feed of it and and sprayed the floor all the way to the khazi*. So now my favourite is either fish and chips or water, dead heat, so how does that happen in SCIF?’

‘Third question,’ Russell again, deflated, ‘what was the name of your first pet?’ He looked over at his nemesis, asked him what his name was. ‘Mick, said Mick, ‘and pleased to meet you.’

‘Your first pet Mick, can we get it done mate, give me the bad news.’

‘When I was five my Uncle Dud gave me a bag of tadpoles for Christmas, about eleven of them in all and I gave ’em all names.’

Russell put his paperwork away and cleaned the blackboard,

‘Then half of them had babies, and the other half turned into frogs – so the frogs got new names and the babies had to have more names. I spent half me life looking into that bloody jar until I left it on the window sill one day and the sun cooked them all. Not long after that we got some chooks.’

Russell left the room and some of the women looked sadly upon his retreating back. The back row silently threaded out another door and one of them punched Mick in the upper-arm, hard.