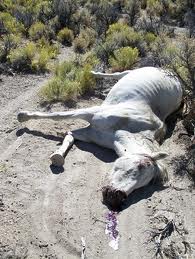 He’s a short build of a bloke with a sloppy grin, but his eyes are hard work they way they don’t shift when he’s talking to you. He just bores them in.  Arabs I hear like to look away when doing business, or planning things – or just talking. Not Wayne though. He’s high beam today.

He’s just come through the gate, seeing as it’s open, and scattered everything out of the way coming down the gravel road to the house on his Quadbike. The last time he came through like this was to tell us about his white brooding mare. This was last week. She had been pulled down by dogs and killed, then they ate out her foal, leaving just the head. He had photos.

Since then he’d hired some bloke from Coffs Harbour to come up and help, a dog trapper. Kiwi fellow with no past, no real name, and the pair of them walked through the acres of paddock where the mare was killed, Wayne told me today, sniffing tree bases.

The trapper had a yellow dingo on a lead and where the beast pulled the two men followed. He let the dog piss his mark once on a tree, and when it headed off to lay more scent on another he held it back while he took a nosefull himself.

Fuck, said Wayne, it stunk so much I near gagged.

You could see the dark piss-mark on the tree he said, Wayne.

So this is where they came at night, scoping out their game from tree to tree. Slipping in and out of the night shadows. Dogtown. Restive horses alive to their movement.

On the first day Wayne cleared the paddock of stock and the Kiwi laid 50 snapjaw dog traps. Big steel snapping bastards. Even with that crushing their foot the dogs didn’t make any noise, and given enough time they’d chew the trapped leg away and limp off to die.

I’m looking at my neighbour here, he hasn’t got off the bike, he’s wearing a Ruger77 on his shoulder, and if there was warm blood on his face his smile couldn’t be any wider.

‘Dunno, haven’t seen ’em yet, waiting on the Kiwi to get in.’ The trapper had been out all night, he’d rung in the score on his mobile early.

Later I watched Wayne drag one of the dead dogs across the field, he’d tied it behind his quaddy and was bouncing it off every rock he could find. Meanwhile the trapper had hung his trap off the tree where he’d hid it, under a hindquarter of the white mare.

Good karma reckoned Wayne, not that he needed any.