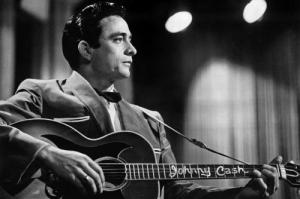 We looked better then.

Better, more handsome, faces chiseled by the ocean winds. Knocked about. And penurious too, deliberately so.

Being without regular means on the coast for four consecutive seasons in 1962 seasoned the character, as all the coastal towns had their gate-keepers and minders-of-the-peace. Friday and Saturday nights their standard duty time. This was to be expected, and this was well met.

Take a walk down George Street Sydney in November 1963. Lunchtime say. Step it out to the music. Travel into the walking crowd and spot the tennis player, or the mountaineer, spot the cricketer – or the scuba-diver. The lover.

Can’t be done because these blokes weren’t playing at anything serious, so nothing showed. They were clerks, bankers, lawyers and accountants, and that’s what showed. Overshadowed.

But don’t expect them to be walking down George Street on an Australian summer’s day in 1963 – because they are the four uncut heads of old hair travelling through in a Holden EJ station wagon, just waiting now for a light to change in front of the Town Hall.

Everybody is walking around them, looking in at them. The car has Vic plates and you know that they are heading up to Queensland like you know that the first sign of that wonderland is a bus full of home going Tweed Valley schoolgirls all pressed up against the back window, waving and smiling. Laughing. All their shoes off. Them and the smell of hot sugar on the roads. Mick Jaggar had it.

Six boards on top, plus towels – all dusted a fine red. Everything in the back of the wagon a jumble of old clothes, blankets and boxes of tinned food. A tent. Victoria to South Australia travelled long ago, then back overland to Sydney through the Mildura working fields. Five months in the car and still an open end to the journey. There were no jobs to go back to, no scholarships. Nothing left behind. These men were now itinerants. Men of no fixed address, vagrants.

They were listening to Johnny Cash.

Now we are all about 70 and not so pretty  – but we looked ok then. Just fine.