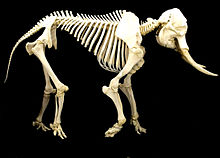 The invite was to come along and contribute comments from the audience. The Byron Community Centre, the Southern Cross Room – that’s the room with all the locked windows and plenty of steamy heat lingering on after the previous mob had finished their surf exercises. Nathan with the bandana the man there. Before him was a Surf Writing Workshop with Mr T. Baker. Some fellow named Tim Edwards with a Surf History monologue had a slot as well. Somewhere.

Before that a book launch, and all of this flesh in the room with windows unopened for 19 hours.

and here there was an elephant in the room, waiting on the literary panel.

Henson admitted to being an artist so that’s a pass for her. Olive was the MC and she had a lapful of homework ready to go. Some people were taking photos. An attractive girl with very brown and very smooth skin, a slight musk to her perfume and not a crack from her knees knelt behind me; and her camera. Long brown hair. Her voice would have been a husky whisper.

– and somebody up the front was talking.

Two seats away an elderly gentleman slept. He hardly nodded at all, just sat there and dozed in and out, and on and off. His only point of relevance to the get-together may have been the Hawaiian shirt he was wearing. Nobody took his photo.

– and up front somebody was talking.

Some fellow came up to the panel of four with three bottles of beer in his hands. Guffaws from the guffawers back by the wall. He gives Baker the first bottle, Jarratt gets the second and for a moment nobody got the third. Nobody..?! – or, and in other words – oh shit!! there’s women up here too. So Ms Henson gets the one he’s already taken a liberty with. His own.

This leaves Ms Olive as the shag on the rock, so she smiles, like a fucking shark. He retreats to the backwall with the some other guffawers and never comes back.

– somebody talking up there.

Byron Bay has the world’s best collection of Goobers. They roam all over the place doing shit that would reward them a kick in the arse in a few towns not too far west of the water. This particular floral male goober let his fat pet rabbit lurch into the room, then he grabbed an empty seat and put the rabbit onto it, up there next to Ms Olive – the lady with the homework. A man had to look away.

Baker doesn’t worry about the elephants, neither does relic Jarrett, yet he was the one who uttered the two most infamous words in surf literature. Blasphemy Rottmouth. Some of the women shuddered.

And Shearer just whickered away at his dagger blade up the back by the door. Stone on steel. He’d arrived late with his two cousins.

– and the talking continued right up to 4.55 pm so no questions today, which was a shame because I only had one, and it was for Baker.

all done here then, and nice to meet you Shearer.

It is based on the idea that an elephant in a room would be impossible to overlook; thus, people in the room who pretend the elephant is not there have chosen to avoid dealing with the looming big issue. {wikipedia}