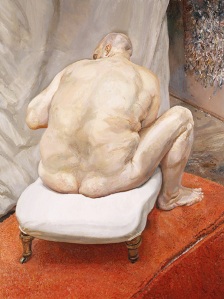 Standing in front of the surf club looking at the waves for half an hour. Everyone does it from time to time. No sense in going out as it looks hopelessly crowded and a good easterly is sweeping everybody down towards the wreck, which looks nothing like the pic below. At first glance the surf doesn’t look so good, however this estimation changes as one of the fifty or so out there threads his way out of the pack and rips down the line for about 200 metres on a good sized gouger, then he paddles straight out and waits around a while before picking up another, then another even further down the beach.

Some surfers always seem to find the spot, the line and the speed. This one finally comes into the beach in front of the rockwall, way down there. Five waves, two hundred yards.

That’s where his girlfriend is filming all his rides. They have a quick prelude before Mr. Fitness sprints back up the beach to the take-off spot. More please.

Nobody else can catch him. They’re just milling around out there getting closed out and whumped as he streaks out of the pack yet again.

The fellow must be a pro marking time on the professional competition up at Snapper this week he’s that good. I counted 100 strokes as he paddled against the flow after one wave.

Two Brasilians are sitting at one of the picnic tables in front of the club, young blokes – one dark and one Latin. Afro-Brasil and Italo-Brazil, that country is a fruit salad of nationalities. One has an open laptop and the other is using a sketch-pad, he’s drawing whatever is showing on the screen. Every now and then they lean over and enlarge the onscreen image, or reduce it. Sometimes they point at the image and laugh. The sketcher has an eraser handy and occasionally he rubs away at the page, fixes it up with a bit of fiddling around – more laughter. Boys happy at their work.

Meanwhile our man out the back is motoring away on another sneaker – covers barrels tail-slides reverse fin-slides – he has all the weaponry.

The Brasilian moves his laptop around and the sketcher holds up his drawing and they compare the images. Job done and looking good, now I can see what he’s drawing.

A man sitting on a bed with his knees up and a woman face-down between them. He’s happy and she looks busy.

Byron isn’t what it used to be.

Header pic is by Lucian Freud – naked man back view. He too looks busy.