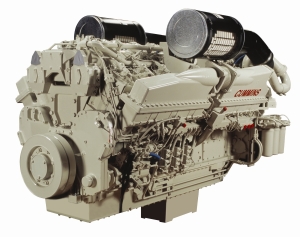 Bob P. fitted Cummins engines into the fragile hulls of plastic power boats. A couple of tons of metal and force distributors, hydraulics and electrical connections, drives and gearboxes, differentials and prop shaft connections. Brutal work that broke bones and strained bodies. Engines all packed tight into spaces with no tolerance for access.

Noisy marina queens skippered by the Emperors of Commerce in 1975. Teetering piles of floating plastic that dared the softest breeze to knock them over.

Bob’s son Davey, an apprentice boatbuilder, aged eighteen. Everybody’s friend. Happy kid, into everything. Happy to turn the resin gun up out of the hull where he was working when he heard a client walking past, or a manager, and squirt a little of the mix up and over the side of the boat where it settled on hair and shoulders with a frightening permanence.

Bob took him out of the shed on a Friday afternoon, walked him out of the lot and into the street, held him firm by the collar with one giant hand and beat him senseless with the other. Dropped him onto the ground and kicked him into the gutter. Punted him around.

Midday in Darley street Mona Vale, all the traffic stopped, people walking out of their factories to see the mayhem – and Bob standing there watching Vince trying to crawl away from further ruin. Bob with his massive hands and oil-stained arms, his clubs.

Wordless, he beat Vince insensible, and then left him by the roadside. Roadkill.

Then he sacked his son. Walked back into the shed and booted him out. The boy was crying.

Bob talked about it later, his hatred of marijuana and anyone who dealt with it. We just nodded, agreed, mindful of the rage we had seen. Nobody had told him that his son had bought weed from Vince, but he knew.

Two months later I had to leave the job in a hurry and Bob was in the office when I came down the stairs. Packed to go. He looked up and asked if me if what he had heard was true, that I was leaving – Yeah mate I said, all done here.

Not fucken happy, he replied.

We shook hands. Everybody else was looking the other way.

Davey washed up on the north coast years later, working out of the Brunswick fleet. Still a stoner, hasn’t spoken to his dad for thirty years.