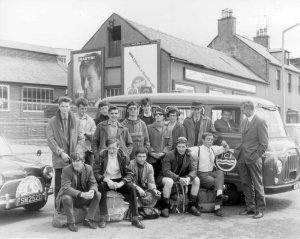 The commonly accepted belief amongst the barely educated amongst us who infest our waterways from daybreak to nightfall is that an apprenticeship in the building trades will deliver a life of strong contentment and immeasurable riches. Not to mention all those days off when rain falls, or threatens to fall, or has just fallen.

They concoct amongst themselves, at those times when others are considering medical or accounting degrees, long and fanciful fictions about a life in the trades.

Youths of this intent are conspicuous by their intolerant regard to conformity and they usually gather in the furtherest corner of the schoolyard where they are instantly recognizable by their shared language, wardrobe, hairstyles and adulation of the professional surfing lifestyle.

Kelly Slater, it has long been rumoured, once changed a washer in the toilet of a Biarritz restaurant without the help of his publicist.

Their vocabulary is not strong; their appreciation of any culture other than that of ‘The Beach’ has not yet reached infancy, and their capacity to listen to advice registers with them at about the same level as it does with a lizard lying on a rock in the sun.

Some of them may have even volunteered part of their valuable scholastic momentum to attend trade courses in their final high school years. Laughable instances in the main where the best learnt lessons are those that result in the student being able to liberate a vast and valuable array of tools from the class benchtops.

The teachers at these ill-disciplined forums have usually washed ashore from any one of a myriad major development catastrophes over recent times that have also cast thousands of investors into penury and thickly layered the unemployed lines with men sporting hard hands and bad attitudes.

Some of the more highly regarded teachers have taken pains to explain to their students the superior taxation benefits of being a contractor, and the benefits of an abstemious and uncluttered use of multiple ABN’s (AUS Business Numbers).

Others have delivered skillful narratives that involve keeping the Tax Office in ignorance of the difference between sums paid and sums made, narratives that favorably compare to the methods the Russian used in defeating the better equipped Germans at Stalingrad.

What was Barbarossa to some is Barbarella to others.

Jane Fonda aside, another attraction to the trades is that the working clobber, or lack of it, is almost certain to provide the apprentice with the lustrous and deep tan so admired by the surfing fashion editors, and that is most certainly the pre-courser to a lingering death in a shaded room, courtesy of sun cancer. 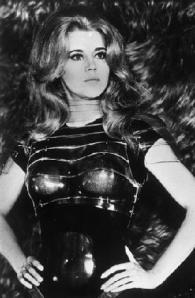 Tags: Apprentices, apprentices - learning a trade in easy instalments
From: Surfers who work, Works
← why chicks don’t dig you – the deck
managing the fall – by mike mantalos →
No comments yet