surfers who work ~ ambience in the workplace

AMBIENCE In the Builders Workplace, Article 1 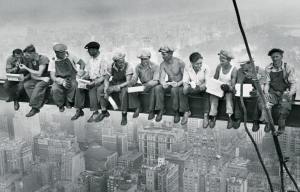 Initial working ambience is best attained by the expert placement of thoroughly contaminated paint and cement-spattered radios throughout the site and the careful synchronizing of same. Spoken radio content is of little importance, as long as the music is as primitive as the stations’ opinions.

It should be noted that Johnny Farnham is as popular as Puccini on most sites east of Lithgow, and anything read written or sung by Billy Ray Cyrus (or his unfortunate daughter) should be avoided under the pain of instant termination.

Bob Dylan is tolerated, fishing news is welcomed. Surf reports are routinely ignored given that the mouths that utter them have never sucked sand.

There may be times a lack of power supply, for instance when the work is commencing on a bare block, and in this instance the most presentable and better educated character at work that day, or any fresh-faced youth with an attractive smile and a lack of cognoscente should be sent to the adjoining households in search of same – and only when the husband has been seen to leave for work. Other forces, you see, sometimes play their mysterious part in these matters.

The reward for charity of this type as far as the neighbour is concerned however is to be subjected to radio programs of the type and at a volume not previously experienced  – and from the rising of the sun to the dawning of the moon.

At no time must the musical volume be reduced or the station changed without proper site consultation, and where there may be a situation arise that conversation is made impossible due to the volume of sound, it is far wiser for the talkers to move away from the arrangement of the disturbance rather than disturb the arrangement – whether they be the fully mortgaged clients, their bankers, the local building inspectors, compliance officers or the local police in search of a quiet word about the local drug distribution network.

It may be noted here that when the arrival and deployment of a police convoy coincides with the disappearance of all the apprentices a certain logical framework exists for the supposition of some possible guilt. Boys being boys and all. Care should be taken at all times with the personal storage of illicit substances – better to dig a hole and cover it with a rock than spend the rest of the day in the company of the local plod.

A sudden dislocation of music also acts as an unspoken stopwork command to the siteworkers, who will immediately equate silence with tea and cigarettes. Similarities have often been struck between this reflexive behaviour and that of Pavlov’s dogs.

However the disparity in intellect and inequity of native instinct between the two species has never invited any serious study.

Neighbours to the site should also be expected to have towels, wetsuits and surfboards draped hung and lent on their fences and shrubs. They should expect that their water supply be made available, their daughters admired, their cars ridiculed, their driveway rights ignored, and their hearing diminished.

(Originally published in Kurungabaa, when it was younger)