from bondi to the bower 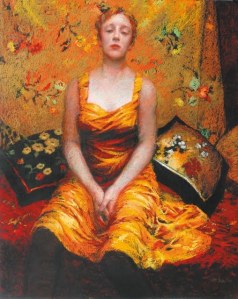 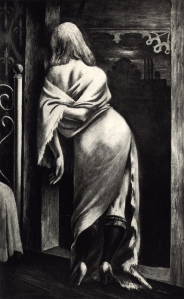 They usually came long before the dawn, coasting down the silent street with the car lights off before slowly drawing to a stop outside the darkened house.

One, or sometimes two of them would quietly exit the car and softly pad up the side passage of the house, always in the precise knowledge of how many steps lay in front of them, and where the gate latch was, and what was the window to the right bedroom. Dark moving shapes in the blackest of the night, an hour before dawn.

Like a tree branch softly knocking against a window in a freshening night breeze.

Louder now, insistent – yet still the slumberer persists with his dreams.

Ten minutes later the car is gone and the five of them are only an hour away from the shelter of the Bower as the freshening gale whips up unrideable storm surf at Bondi, and after rolling through the deserted streets of Rushcutters Bay they climb Woods Lane to the head of the Cross.

Past the Goulash Bar.

The Goulash Bar never closed, and in those days before old Sydney was torn down for a thousand political reasons a carfull of young boardriders on their early way from Bondi to the Bower would slow down up by Nimrod Street and look in there at the otherside of the city’s nightlife dining at their leisure on a Sunday morning in Winter.

White-eyed metho drinkers queuing for food, all palsied up with their septic wounds and fouled trousers, men of all nations abandoned by the brutal caress of drunkenness – husks of self – the discarded chaff of men.

Women all signed off from their rosters of accepting the passion of so many mens’ pleasures in the grimy Palmer Street brothels, now sat in their steaming covens champing down the brown stew – Their own nightly collect of passionlife disinfected, washed away, and bled off into the city drains.

Signs of foundered life flowered abundantly here, like a trickle of dark blood meandering un-noticed down a flaccid thigh, or the creamy discharge of a sulky cocaine sniffle, or the burning and unutterable insanity of the want of heroin. Wasted men and women bearded the darkened streets, too poor to eat. They ghosted about.

The cooks worked without looking at their customers, and the only tableman smeared everything with the same greasy cloth.

Standing over in a far corner of the café and just visible for a moment through the smoke and movement was the pale face of a beautiful young man dressed in a yellow silk evening gown. He was smoking a black cigarette out of a long holder and his head turned with the car as we slowly moved past, and the ghost of a familiar smile flickered towards us.

A tablefull of students, or poets, or shaggy-headed beatniks revolved a recitation of Ginsberg’s Howl amongst themselves; all of them ferociously bent after a night smoking amphetamine dust and black hashish.

Five warrior bikers on their way into the café stopped on the footpath, and they too turned towards the car as we slid away, their faces expressionless; massive men, armour plated under their jackets, brutal men, fear mongers.

Then, at last, we slipped down the free fall of William Street and to the harbour crossing.