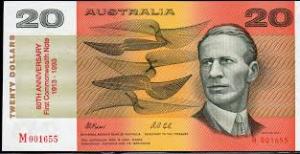 A dusty piece of human flotsam backed up against the wall looking like the wind blew him there months ago. Piled him up against the bricks like a bundle of windblown old clothes, every bit of him grimed up a greasy black after months on the streets. Who knows how he got here, where he came from.

Too done in to look up as we passed him by, keeping distant not just from him but everyone. Nobody loves each other these virus days. Everybody is a risk.

Daz, Darryl, eventually got to his feet and stumbled a little way down the footpath, clearing a path through the shoppers. Reeking, filthy and cloudy-eyed, his face chopped up with the scars of a hundred misfortunes, his nose a swollen, broken bulb. Men like Daz don’t belong anywhere, the sight of them offends. He staggers and bumps his way against the shop windows like a sailboat without a rudder at the mercy of the wind.

Somebody should come and take him away. Somebody.

‘About time you got some food into you, Daz,’ he said, ‘give yourself something to go on with.’

They walked together towards the baker’s shop.

Darryl’s mind cleared for an instant as the other man made to leave him, and put a unsteady hand on his shoulder.