mike doyle – why we liked him 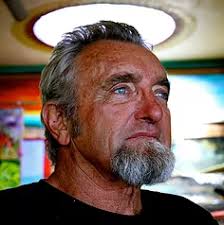 Being a yank and surfing in Australia fifty plus years ago was all sorts of problems for us – we weren’t ready for them. Blame Hollywood, blame Gidget, James Darin and Troy Donahue. American surfers had blown-dry hair and pancake make-up. In the movies they paddled out on a lake (Take 1) then dropped into oversize Waimea inside Pat Curren (Take 2).

This faulty interpretation of all things American was because this ^ was us – a bunch of impressionable, gawky looking kids out in the waves all day, and we believed everything the Yank actors playing surfers did on the big screen. Copied them, adopted their nicknames, their speech. James Darin fired up a newspaper to melt wax – so did we – and fractured the fibre-glass from nose to tail. But we resisted taking a guitar to the beach to win babes like Troy Donahue did – and nobody put oil on their hair, ever. Some things we got right. This I know.

But that all changed in 1964 when Mike Doyle decided to come west to see how we were doing. The year they ran the first Open World Surfboard Championship contest at Manly, and in the doing emptied every classroom of impressionable boys for a thousand miles around.

Mike didn’t win that comp, he came second to Midget, and although the waves were pretty ordinary that day I can summon up enough survivors of the time who will swear Doyle smiled all day – in and out of the water. Winning or losing.

The big man was just happy to be here, Down Under, and rip into a few waves at the same time. It showed. And we appreciated it. Still do.

Not that Doyle didn’t know how to carve out a solid track as time went by.

So, just in case nobody over here has thought about it yet – I’d like to wish the old lad Aloha. And thanks for the attitude.