three men at the next table …

They walked around me carrying their schooners and one of them was singing ‘ … someone’s cryin’ Lord, kumbaya.’

They settled at a low table one over, relaxed into the comfortable chairs.

The youngest of them, a kid of about 21, fitted his ear-buds, flicked on his phone then sat back and left the room. The other two were closing down the kumbaya conversation.

The singer was a hard-faced little nugget: squat, square-shouldered, a short pony-tail of blond hair, skin the colour of mahogany, big arms covered in bleached fur. Hands like a roadworker. Voice like tyres on gravel.

The other man was about fifty something; open business shirt, suit-trousers, good shoes. A little paunch. The kid was tall and skinny with the beginnings of a dowager’s hump. Pale. Hunched over his phone, busy, on the connect. The smartphone looked new.

After a while the suit-trousers got up and joined the dinner queue, came back in ten minutes with three loaded plates plus knives, forks and paper serviettes. These blokes were big-eaters.

The pony-tail turned to me and grinned. Patted the arms of his chair, waved a hand over his mound of steaming food. T-bone steak and vegetables, bread rolls, butter. It was on special, $12.00 per.

‘I’m the poorest bloke in Ballina and have a fucken look at all this will ya?’

I stuck my hand out.

‘You come from here?’

‘No, mate, back of fucken Bourke.’

Ken turned back to his food and began to eat.

Later, when they were half-done and sitting back, I leant forward.

‘You know that song you were singing when you walked in, the koombaya?’

‘Do you know what it means?’

The suit trousers looks over, listens in.

‘What were the words you were singing when you came in?’

‘Do you know what the real words are?’

‘Kumbaya is Pigeon-English for ‘Come by here.’

Ken gives me a level stare, the suit trousers turns back to his plate and the kid on the phone is scarfing down his dinner like a man just let out of the local juvenile remand centre. As a matter of fact, now Ken looks like he might just have been released from the low-security farm up the road himself, and dinner for him and the kid tonight is on their parole officer.

Ken looked at me for another five seconds.

Then he turned away.

“Kumbaya, my Lord” was first recorded by an out-of-work English professor, Robert Winslow Gordon, in 1927. Gordon went on a search for black spirituals and recorded a song “Come by Here, My Lord”, sung by H. Wylie.

The song was sung in Gullah on the islands of South Carolina between Charleston and Beaufort. Gullah is the creole language featured in the Uncle Remus series of Joel Chandler Harris and the Walt Disney production of Song of the South. “Come by here, my Lord” in Gullah is “Kum by (h)yuh, my lawd” (see our Gullah dictionary).
American missionaries took the song to Angola after its publication in the 1930s, where its origins were forgotten. In the late 1950s the song was rediscovered in Angola and returned to North American where it swept the campfire circuit as a beautiful and mysterious religious lyric. That is why the song is associated with Angola in many current printed versions. 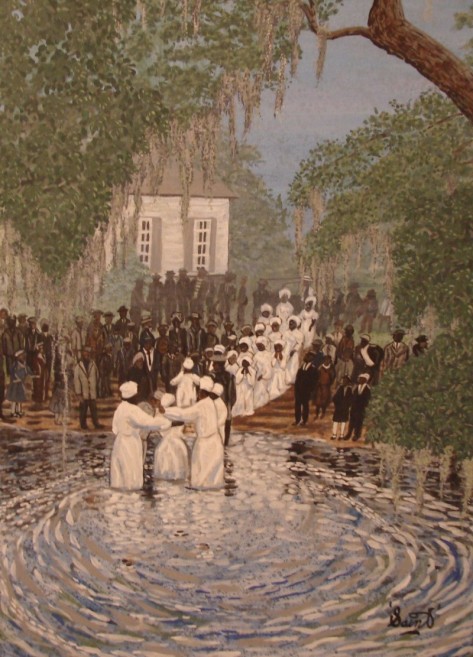 From: Ballina, Works
← the rundle episodes – equipment
surf reports as they used to be →
No comments yet