the red kelpie, his hose lug and bob mactivish 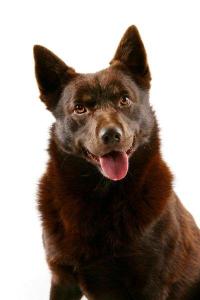 Federal – NSW post code 2480 – is a right hand turn coming up from Binna Burra or a left coming down from Lismore. It has one general store, one sushi cafe and one retail coffee maker. Most of the buildings lean. An old Queensland-style homestead sits fenced and abandoned on a vacant lot across the road.

I’m watching a red kelpie set loose amongst the cafe’s outside tables, his only interests are the small plastic hose lug he carries around with him and the foot he has just placed it by. That belongs to a woman too busy on her phone to notice the large red dog staring fixedly at her feet. Red is a statue.

I flick my fingers and Red looks up at me, a quick glance then back to the foot.

The temperature is over 30 degrees, no wind, humid.

A party of three walk in, one is wearing something arabic: a shawl big enough to cover her head and fall to her waist where she has gathered it in. Another is a broad-shouldered man wearing white trousers and a white singlet, the third a young woman wearing far to little. A man can only look away.

Red inches towards his lug, touches it with his nose and moves it a centimetre closer to the woman’s foot. He is motionless but for a small tremor that ripples through him every time the woman moves a toe.

I flick my fingers again.

Another glance from Red,

then back to the woman’s foot. 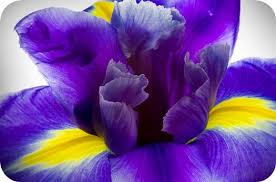 One of the Japanese girls* working in the cafe told me last week she had come to Australia to look for a man. Then she gave a grin cheeky enough for me to believe her.

Sota is on the griddle most days. We compare shirts from time to time. I get mine at Tommy Bahamas in the Bay and Sota buys his at the Ballina Vinnies shop. He paid five dollars for the one he had on today and it was quality.

The lady on the phone gets up from her seat, treads on Red’s lug and walks away. Stands a little way off, still talking. Red bites up his lug and follows her, lays it down by her foot. Stares at her toes.

I flick. Red looks up at me.

Then back to the foot.

Bob McTavish and a party of four roll up. I haven’t seen that old boy since Warren Cornish’s funeral. We catch each other’s eye and Bob sits his friends down and comes over for a chat. Old times. This fellow and that fellow, who’s still breathing and who isn’t. His books, my books. Bob looks like he could live for another fifty years and he’s going to be bandy for all of them.

At my age it’s optimism to say see you later to a good man.

The phone lady comes back to her table, they all pack up and leave. Red picks up his lug and walks over to a bench where two men are sitting drinking coffee, tradesmen, their pick-up outside. Red places his lug by the foot of the biggest of them then goes into his watching routine again.

As I walk past them on the way out, I stop and ask the big bloke if he could do me a favour. Gesture at Red and his lug down there.

‘You want to give that thing a nudge mate? He needs the work.’

From: Eureka, Works
← the reviewer
the rundle episodes – equipment →
No comments yet