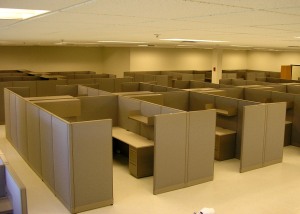 One interesting aspect of the surf blogosphere for me has been interacting with a group of characters that reminds me of my buddies back home. Our conversations on flat days at home were funny on levels that I never thought could be duplicated. Every personality celebrated it’s own quirks and that allowed the discourse to meander without any boundaries. Maybe the fun on the beach was a verbal exercise that equated the same experience we felt in the water. Everyone just does what it is that they find amusement in.

I’ve found the blog narrative has not only replaced the fun we had on the beach, but has expanded that comedy with a more diverse social sampling.

As some of you know, one commenter and I had a running war at a notorious blog. It was a classic confrontation between what is labeled conservative and what has succumbed to being called liberal. While most of humanity does not lie in either camp fully, the true puppet masters of our world create the diversion of disharmony amongst the sheep to keep those sheep from coalescing against the universal enemy.

If you think about it, it’s a game plan right out of organized religions handbook.

My blog nemesis and I have shared some ugly times, though I maintain that my effort was educational.  As many in education know, if you clown someone hard enough, often enough, they’ll surely see your side of the equation.

Funny thing is, off the computer we’ve become friends.

Unfortunately, the concept that blog commenting is free from civility on some sites is confusing to my “enemy”.  As a sick human, that makes it even funnier for me. And unlike the guys on my old beach, satire and veiled humor isn’t so easy to recognize online.

This blog “enemy” of mine has also pissed off a lot of other guys. There have been idle threats of parking lot confrontations and water borne violence that are as funny as their premises.

In college, we had a guy named Gordon. Gordon was a geek. A surf Geek. He could be embarrassing socially, but was the first guy to volunteer to help you move or drive you to the airport. One night at a party, a “cool” guy from a lame fraternity who was intimidated by our crowd tried to gain some credibility by joining in on the clowning of Gordon.

I stopped half way through a brilliant insult of Gordon to look the frat boy in the eyes and seared one sentence through his soon to be departed memory.

“Gordon may be a geek, but he’s our geek”

The party stopped and Gordon never knew how many people loved him more than at that moment the clowning stopped.

Gordon died of a massive heart attack after surfing 4 mile some years later and we all miss him. I wish that I had been there to surf with him one last time. He was always so happy.

Today, I got a call from my blog adversary. The lightness in his voice was telling and I detected his true happiness with his life.  He had made some tough decisions and left his home in search of greener ($) pastures, though he knew the compromise to his surfing was at great risk. After spending so much time chasing money away from his heart, he returned to his island a broken man.

But his voice is no longer broken. The urgency is gone and his resignation to a slower pace includes daily surfing that I would kill for.  There, on a crowded island blessed with surf, my friend is finding his footing and living his dream.

He asked this morning if I would be bummed to hear about his experience considering the sad state of this winter here in Cali. Shit, I need help with my depression and it’s not as if him scoring is keeping me from surfing. I told him to bring it on and tell me a tale.

5 minutes later, I knew that he was truly happy. He was surfing fun waves and allowing life to unfold without forcing it.

It seems like I’m forcing everything and not a lot is working.  And I’m only where I am because of money. All my bullshit is literally whipping back into my face as I realize that Mark is having more fun than I am.

And isn’t that what it’s all about?

I’m putting my 3 mil on and going for a body surf with my puppy Cooper. I have to find the simple pleasures in my life again to remain pure with myself. Yeah, I could work until I pass out tonight, but I’ll never remember any of it like I will the smile on Coopies face as she gets mauled in the shorebreak.

Mark also taught me that all the stupid enemies I may confront over a keyboard are actually closer to me in lifestyle and perspective than 99% of the world. We’re all just extended cousins fighting for evaporating resources, but our essence is eerily similar. I’d probably even enjoy surfing with Nick Carroll, odd as that might read.

Regardless, some may think that Mark is a geek, but he’s our geek and he’s scoring good surf.