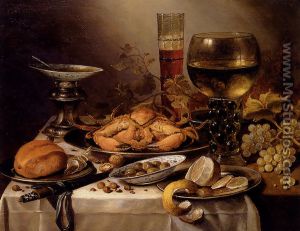 We were sitting around the table in the Rose Bay Hotel with Scoresby and a couple of hard faced Maoris watching the races and waiting on a feed of Singapore noodles, a specialty of Mr. Ngyuen, this week’s chef, first name Charles.

Nice chap Charles, seasons his chips with garlic and chopped chives without being asked and always spills a little too much sambal into whatever is in the wok at the time. Does very fine food Charles, and most of it hurts.

Scoresby is telling us of a recent trip to the south. He had been down to Meroo with a friend and his son and a couple of others. They all scored nicely in the water and did well with the fishing line.

Very secretive are the locals when it comes to Meroo, especially the left down there that nobody is supposed to know about, the one that was on the cover of a book a few years ago. Sydney bloke wrote it, Mark Bronzed Aussie.

Half of Sydney tagged the spot straight away because the silly bugger who took the photo had Crampton Island sitting up there in the background like the Statue of Liberty.

Anyway,(this is Scoresby) the lad has fluked a good sized flathead up the beach at the mouth of the estuary and has come back to the camp with a grin as big as the heads. The little bloke, he’s about nine, has just had all his Christmases come at once. The fish looked like an old alligator but we had to kill it and of course the youngster wanted it for dinner. Naturally.

Top little bloke, goes by the name Zac. Mum fled the home a little while ago, gone to Tasmania with some no-nothing abalone diver with a license problem – didn’t even get to ADAS level 1 – and the lad wasn’t doing so well without her. Until now.

Anyhow his dad reckons that seeing young lad had found the dinner he could cook it, all in fun mind, we had enough gear to feed the nation back in the vans.

So we sat him around the fire and let him go, and it didn’t take him long to figure out that being the boss meant he didn’t have to do anything but sit on a chair and give orders.

Strange how that comes so naturally to some isn’t it. This little fellow is going to end up Prime Minister one day, or running BHP.

First he wants about six long bread rolls all buttered up, then he wants the dozen eggs broken into the saucepan and scrambled to soft just like mum used to do, and of course lots of pepper and salt.

Scoresby meanwhile has gutted the beastie and grilled it up over coals. Pro-active coot Scoresby, used to Clerk of the Works once, somewhere; knows what’s needed. Bit of a mystery man the big bloke, knows a lot of people.

‘But by now we are into the slab with a vengeance and throwing a lot of suspect advice at young Zac but being the champion he is he doesn’t waver.’ Scoresby again.

‘He wants the fish broken up and folded in with the scrambled eggs, then he wants the mess spread onto the buttered rolls.

Fair enough, it’s not like we weren’t hungry, and then he trots back to the van and comes back with a king size bag of Dorito Corn and Cheese Chips, probably six months old, and he’s bashed the bejasus out of them and then sprinkled the crumbs all over the eggs and fish. Then somebody found the chilli jar.’

‘Well,’ says Scoresby,’ maybe you had to be sat by a fire on the dark coast some late summer night, maybe you had to be half-away on it with some mates you’ve known all your life, and maybe you were watching a sad little boy light up like a sparkler – but that was the best feed I’ve had all year.’