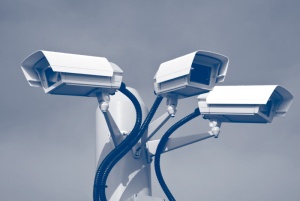 Trouble is bubbling to the surface at Lennox Head. What began as a strong undercurrent is beginning to surface in forums as boils of virulent discontent and seething disrespect.

Threats have been tossed, hurled back, re-made more vociferous and thrown again because someone has succumbed to an un-named temptation and placed a surf-camera in/on their apartment in a position where it overlooks the point.

The camera oscillates and zooms, it lingers on the waves. 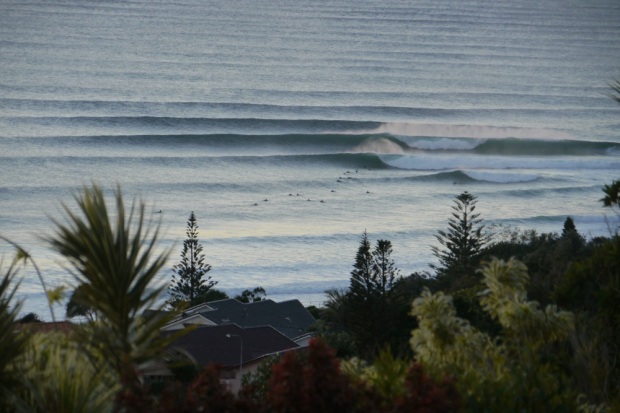 What is greatly feared is when Lennox has another once every five-year day such this ^, multitudes of the great uninvited may trespass on what the locals consider their (inside) sacred grounds.

In other words, there might be a few more in the water.

I’m counting about eighteen short-attention span surfers out in this pic (by Shearer) and no-one on the (outside) sacred grounds picking off the sets. I don’t know about anyone else but that’s where I’d be waiting, plenty of room out there and I don’t mind the solitude.

Huey always sends them up.

A bloke named Trevor, resident of Bangalow’s Feros nursing home, reckons tuning into Lennox is bloody marvellous – the cranky old bugger has turned into the home’s Lennox Living Legend – he’s got everybody believing he was Brocky’s best mate and was always first out. Thanks, Ben, he says .. fucken A!

Then there’s Doreen from Tenterfield, she’s 89 and never gets out of bed these days but Doreen has a BIG television set on the wall and has asked the staff to tune into Swellnet’s Lennox cam. Doreen always wanted to live on a hill overlooking the sea, a long beach in the background, the chance of spotting a whale, some surfers in the water. Calms her down a treat the quack said, just lovely, then he asked if I could make a sound tape of the surf. That might make her even happier.