in another man’s uniform 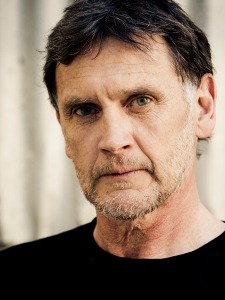 Busy today, fielding the internet demons – so my apologies for opening up a subject that may not interest many.

Wayne Lynch is a surfing deity in Australia, he is lionised. He is portrayed as a superb individualist in the water second only to Michael Peterson. Photographs of him are highly valued and have helped sell many books. He is sought after, interviewed and his surfboard innovations are said to be almost eternal in their design and effectiveness.

Wayne Lynch is a surfer’s surfer. In their imagination he is always alone on the back of some cold black reef on the southernmost coastline, gliding his way in and out of impossibly lonely and dark waves.

He has been the subject of many movies, he has taken a share of the chapters in many books, his image is one of a lone man with a great understanding of the sea.

Wayne Lynch avoided the Vietnam draft, he decided that war was not for him, so he went surfing for a few years. He travelled the miles of Australian coastline enjoying the freedom of the sixties and the empty waves on offer; taking the full advantage of his good fortune.

This action too magnified his appeal amongst many surfers, and added to his already bright and shining image.

Wayne Lynch has a demon though, like all draft avoiders.

The day he failed to show up for his induction meant that another young man was picked, and sent to fight in Vietnam in his place.

Whoever he was – that other young man  – he was wearing Wayne Lynch’s uniform.
pic lifted from patagonia

Tags: draft dodger, wayne lynch
From: Works
← the witness, the last interview
what westerly windana was. →
26 Comments Post a comment