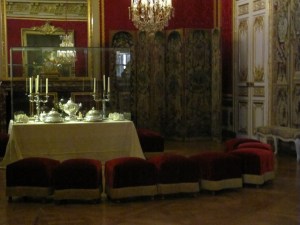 Brian was a gentle man. Mannered and gracious, patient. The twenty tables in the riverside restaurant were his domain, the people who sat around them his people.

Brian managed the floor, had done so for five years, calm and serene –The maître d’hôtel – 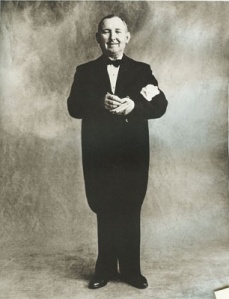 The masterful servant, knowledgeable in all matters concerning the day’s menu; the fresh salads, the fish of the day, the grade of Wagyu, the Chef’s disposition, the depth of the cellar, the range of cheeses.

His smile of greeting, and expansive welcome to the best seats. His attention to the table arrangements, and always the modest aside as to the weather, or the governing headline.

The ladies loved him for his manners and charm and their husbands admired him for his depth of sporting knowledge, Brian knew it all. The room was his room, the customers his guests. Look up and he was there. Calm, knowledgeable – at your service.

Tuesday the 2nd of September.

A table of eight by the window. Three doubles in the centre of the room, four singles down the eastern wall and a woman with bruised eyes by the door. Four tables of six on the outside river promenade. Five men at the bar.

Both waitresses had called in sick, the chef of the day was suffering from cocaine withdrawal and had withdrawn himself from polite society for 48 hours, the fish of the day had been delivered early and left outside in the sunshine for two hours, last night’s dishes were still stacked unwashed in the machine. There was no ice, no cash float. Tables had not been set for Sunday trade, there were no ironed napkins, the order for fresh oysters had been mislaid.

The day’s menu had not been printed and a special celebration gastronome menu used six months previously had been placed on the tables instead.  Somebody had written an unthinkable blasphemy on the specials board.

The table of eight were first through the door, a party of English men and women down from the local caravan park who were celebrating the birth of an illegitmate grandchild born to a local trawlerman and one of their daughters who may have been the woman with bruised eyes sitting alone by the door drinking straight vodka and playing with a serrated steak knife that was not a item of the restaurant’s regular itinerary.

The English ordered ‘Seared kingfish with sour dressing and creamy sake sauce with buttered avocado slices for six, and Berkshire pig jowl, maltose crackling, prunes, cauliflower cream, perfumed with prune kernel oil for two.’ Brian aplogised and with the fatalism of a kamikaze pilot suggested the blue-eyed cod with broccoli or peas. For this he received no reward. He was then dismissed, brutally.

Two of the other doubles were lawyers and their clients on a lunch break from the local Courthouse where they were being arraigned for gross indecency despite their claims of exculpatory evidence and despite the litter of pornograpic literature and sex weapons gathered by the police in their bloodied caravan. Which, by pure coincidence was moored only yards away from the above  mentioned party of complaining English, who were now loudly complaining.

Three of the four singles wanted Sydney rock oysters. There were none. Brian apologised, suggested Pacific oysters, was rejected.

The other single unsucessfully requested  ‘Sashimi with a wasabi mound covered in soy sauce.’ The woman with bruised eyes drank more vodka. The five men at the bar commenced to shout at the TV monitor.

Brian leant against the wall of the kitchen and listened to the callow youth engaged there, the child who claimed sous-chef status, as he de-claimed both the responsibility and the availability of (1) The seared kingfish and (2) the wagyu burgers and (3) the sydney rock oysters and (4) the Sashimi … the pig jowels and the black-lipped abalone.

Something was already burning on the stove. The sous-chefs’ eyes were suspiciously red. He was dropping things – small gobbets of food, a frypan – and thought it all was hugely amusing. There was a radio somewhere playing Lil Chuckee Short Dawg and the cigarette butts in the sink had no filters.

Now there were five unharnessed children running about the restaurant tables; three infants in large prams were wailing with displeasure and there was a ripe smell of personal discharge about them. The outside tables were waving wildly for food and of the five men originally at the bar only three were seated. The other two were fighting in the lobby. A large pool of blood lay glistening on the floor where the woman with bruised eyes once sat.

Brian slowly walked into the centre of the restaurant, where he stood and took a deep breath and quietly requested that all the patrons stand.

They ignored him. He asked again a little louder and one or two diners looked up. Finally he roared his demand and one by one they rose from their seats, all of them. Bemused, irritated, impatient, hungry – mystified, they were all these. Brian though was in the throes of an emotion that was not to be denied today and he looked over them all, his customers, his guests, all in this room he had managed for five years and when he had all their attention he uttered his resignation speech.

Unrehearsed yet from the heart.