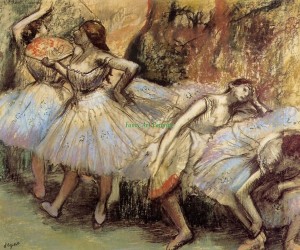 ^ Generally speaking an unattractive and obscure word picture, particularly to one who does not have a great depth of knowledge with regard to surfing matters. That is to say about 99,999 out of every 1o0,0oo people on earth.

Rough spoken history has it that Simon Anderson was responsible for the genus of this particular function, and as a matter of fact I approached him once in a banking queue in Manly Vale, me with my $200 and him with his four and sixpence – and I asked him cordially how he was. Needless to say he ignored both myself and my greeting – Fame is such a waste when it is visited on those who are unreceptive of its benefits. 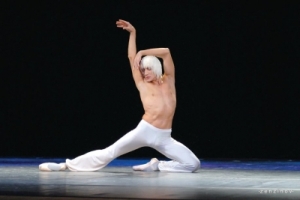 We all know the immortal pronouncement  ‘ Only A Surfer Knows The Feeling ‘ – and it is surely within our collective power to match a competitive manoeuvre with this inspiring sentiment.

< – – – This chap here on the left, the dancing chappie, has what we feel to be a better look for the Layback pigdog etc etc .. he has an evocation of the moment, an entrancement, a self-induced wonder of the instant.

There is a delicacy here that would not look out of place at 10′ Pipe, particulaly the upthrust trailing arm which effectively simulates the manual stall method used by so many in this position. The left arm is shielding his face (and hair, another plus there) from the barrel’s compression blast and although we would have liked him to have maintained his feet there is much to admire here in the flowing consciousness of his overall position. This is an exciting look, an indication of how grace and flair might succeed where power and momentum have gone before. Brutal attack gives away to ‘The Phantom Song of The Wave.’

Imagine Johnny Boy Gomes wrenching off this stunt in 1997 ..

< – – – JBG is carrying a little avoirdupois lately but even so we can see a connection between the two pics – solid concentration, quality weight distribution, an eye for colour matching and not a lot of nonsense in the manoeuvre – bring the leading hand over his head, add a little flop to his trailing wrist and we have a synchronicity, an almost feminine deftness common to both images.

We have approached Johnny Boy for comment and at present are waiting for our Hawaiian correspondent to regain consciousness and tell us what he remembered JBG saying before the unfortunate incident. The delicate removal of the Olympus PEN – E P3 digital camera from his person is scheduled for surgery tonight US time.

Our thoughts are with his family.

Needless to add that the French have already moved in this direction and industry word is strong that in the next competitive season we will see the first of the ‘ jeter du revers de chien de porc de retour ‘ on tour.

The tights are optional, apparently, which is a bit of a pity.