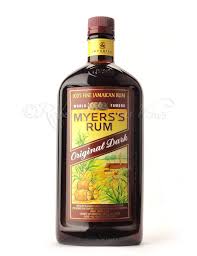 John’s over here for the Sevens. He’s a rugby man our John, first time abroad, never held a dollar in his hand that wasn’t printed by Canberra. His grandad used to tell him how it took a wheelbarrow of Lira to buy a bottle of wine in Italy after the Big One, more if you fancied the lady who brought it to your table.

So, five minutes into the airport at Brisbane John hit the exchange booth with his going away money and bought HK $ at the going rate.

Johnno is thinking a man could make a fortune just coming and going in this place. One minute a bloke’s got a two inch wad of Aussie in his kick and before you know it, it’s been turned into a five inch wad of whatever they call whatever they use wherever he’s going.

Another thing about John. When he was a squalling infant his mother would soak an old tea towel in Bundaberg rum and chuck it into his cot, hoping he’d find it, suck it dry and shut the up the noise, which he did. Regularly.

These days he doesn’t need the tea towel. Ask anyone.

John’s mate, Mick, told him the shopping in HK is pure bargain, for instance he said, after observing our man pull out his wallet to pay for another double OP at Brissy airport, you could replace that piece of old pigskin for something of outstanding quality for half of bugger all in our money.

Mate, sez Mick, once a babe sees you have a wallet worth mentioning she doesn’t have to be Einstein’s old lady to know you’ve got serious money tucked inside.

Five minutes later he walks out with a new wallet.

From: Hong Kong, Works
← tchaikovsky, shostakovich …..
moments of clarity →
No comments yet