a bright future in retailing

Everybody likes a drink.

The trouble ceased when the two of them had punished me enough for rudely calling them on after they had pushed my equally soused friend out of their way. He foolishly had tried to enter the door at the same time as they. Then he breathed on them. Any other time and I would have pushed Billy away too – he was not good on the drink, very sloppy.

Now here’s a lesson learnt late for the love of a big night; stay alert enough to recognise that the two lads in front of you are only sober tonight because they are rostered to play A grade Rugby League tomorrow for the Eastern Suburbs Roosters. That’s why everybody else is stepping out of their way and giving them great big ‘ g’day matey howyezgoinorrite?  ‘ smiles.

Meet Bunny Reilly, and his best little mate on the night ‘ Flea ‘ Hitchens 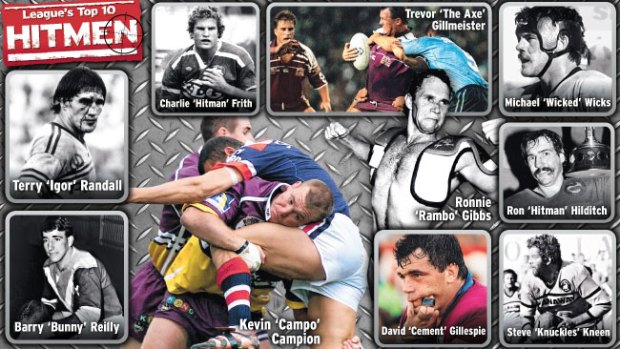 – From the left – Igor, Hitman, The Axe, Wicked, Hitman, Knuckles, Cement, Rambo, Campo – and Bunny with his hair done. Such a lovely smile.

Flea, he was a little bloke, just turned around and knocked me down. One minute I’m up there eye to eye with the world, then I’m having a little sleep on the pavement. Good of Flea to try to wake me up before someone tripped over the body though, a couple of solid practice place kicks in the head and throat were just the ticket.

Somebody got me home.

9 am start the next morning in the menswear department of Grace Brothers city store, ‘ The Young Men’s Shop. ‘ A very toey little enclave with Ronnie Urquhart running the floor. Special day coming up with the first shipment of white levis on the shelves. Come to work looking sharp Ronnie had said.

This was 1961. Sharp meant a narrow tie and a clean suit, polished shoes, white shirt. A little hair oil. Brylcreem, a little dab will do ya.

The first problem was how to get my face unstuck from the pillow without pulling away all the scabs. Then the eye test; which one still worked. The tooth test, everybody there?  Then the hangover stood up and waved at me, waved a big red flag at me. Lots of drums in the background. Marched right in.

One large bruise to cheek.

One eye completely closed, blackened and closed. Crusted up.

No blood on any knuckles, never laid a glove on him.

One heavy abrasion to the throat – ergo, nil voce.

So its off to work we go without waking the good parents who of course do wake up and Dad bless him sticks his head out of the bedroom window just as I’m slipping down the side of the house and being a veteran of three successful years of shooting at the Japanese during WW2 and seventeen long years rearing me could only say ‘ What the fuck have YOU been up to ? ‘

He very rarely swore. All I could do was squint up at him and point to my throat. Probably put him off his morning golf game.

Mother took it a little harder, I was after all a handsome lad with wavy hair clear eyes and a bright future in retailing. This of course was all behind me now. As a matter of consideration it has always been a mystery to me why women don’t understand these things. Then again I have a brother who has lived for 60 years and has yet to incite anyone to violence.

Her eyes filled with tears and she held both of her hands to her face, she could not speak. Just as well, I couldn’t reply.

The 45 minute bus ride into the city was a fearful journey, then the furtive walk through the city streets to the employee entrance, the oily smirk on Eddie the Timekeepers face as he clocked me in, how the secretaries flinched away from me in the lift. Even Stephanie. Another love lost.

Ronnie was sensible enough, one quick look and he pushed me into the stockroom for the day, got me a cup of tea. Shook his head at the damage and smiled. He’d been a bit of a rogue in his day as well. In ten minutes the word had been passed around and if I had a shilling for everyone who called by for a quick look at the damage I could have afforded a taxi ride home.

Years later I watched Flea and his wife walk into the hotel where I worked. The Bloodhouse. They sat themselves down in the saloon and looked up for some table service. Flea a little on the flabby side now, more like a blue-bottle, schooner man. Wife a brandy lime an soda.

I wandered over to say hullo after they had their drinks delivered and reminded him that there was an debt outstanding. He looked away and pretended not to know me.