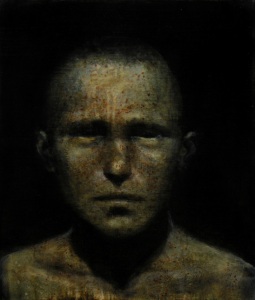 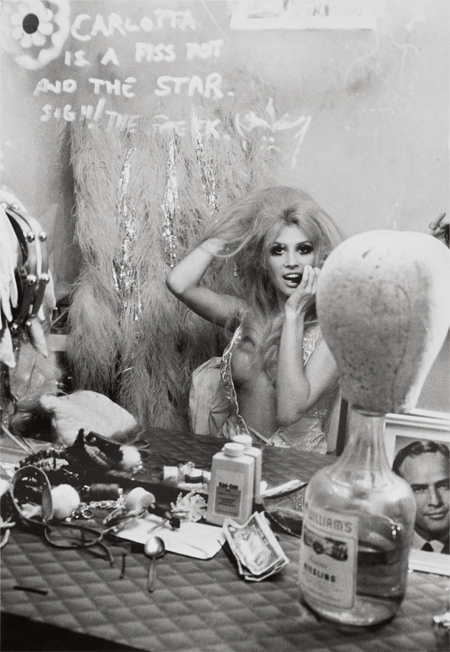 Carlotta, Marlon, her spoon, her money and her bottle

They came in through the beer garden gate and sat at a table that had been reserved for them, the best table; in the sun and in the corner.

Two very big men and their older companions.  A tray of drinks arrived at their table and I didn’t remember anyone taking their order. Nobody paid.

Sometimes we fed and watered all sorts of men who walked in and out without as much as a nod to the cash register but this table of four was different. Only one waiter was allowed to service them, nobody else was to approach their table and even the publican kept his distance – he remained in the public bar until they had left, well out of sight.

Reparation for a baccarat debt paid late and long remembered.

Geoff looked after them; he was a merchant seaman for most of the year and a drinks waiter when he took his leave in Sydney. Reasonable fellow, quiet and watchful – seemed to know his way around. I remember his wife had freckles and read a lot of Thomas Mann. Not the match you would expect, him and her.

Geoff also did the front doors on Saturday night when we charged admission for the drongos who were willing to pay $15 to watch Kandy onstage singing Bassey numbers and bulging out of his satin gown.

Learnt how to run a bloodhouse when he had the licence for a small hotel in Kings Cross. He had a plumber tap all his bartap waste into a bathtub in the cellar where a couple of sweet young boys bottled it up for discount Sunday sales. Early no-frills.

Kandy nearly killed a man one night when he dragged him though the bottle shop’s window. All the bloke wanted was the cash and there he lay all sliced up and leaking torrents until the ambulance arrived.

Later on nobody could find a hose to clear up the mess.

Another night I watched Geoff coming back through the tables with the door takings. He stopped to listen to a group of young drunks threatening each other and when he decided who to hit it was like watching ballet.

Geoff was only a little bloke, little and hard and battered and sharp and I always admired the way he used his hands –  tonight he just bent over towards the biggest drunk like he wanted to have a quiet chat – by now the whole table was watching him – and he took a soft handful of the man’s shirt and yanked the bloke’s head in hard towards his fist, which didn’t have far to travel at all.  This was also part  of Geoff’s art, his methods were quick and soundless and not meant to disturb the other patrons.

The drunk went to the floor like a dead man and Geoff watched and waited for his friends to take him away. Nobody argued.

This lunchtime though travelled all the way to late evening and the four men ate lunch and dinner and drank three bottles of Black label.

They had splattered their food everywhere and one of the big men was drunk enough not to bother whether anyone saw the small police issue handgun tucked into his underarm holster.

He passed Geoff $1,000 on their way out. A gift. A tight wrapped bundle of twenties from his coat pocket, next to the gun.

Geoff was outside the hotel the next morning despite not having a shift, and as I unlocked the front door a car slipped into the curb and one of the big men from the previous day stepped out and walked over to Geoff with his hand out. He looked winded, unshaven and angry.

– and Geoff never came back.