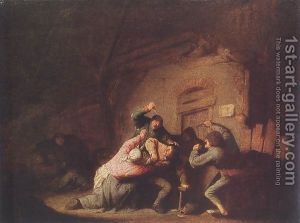 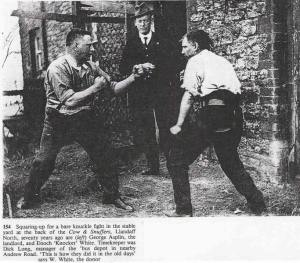 The seating arrangements on Saturday nights were casually enforced. Queenslanders held the top property in the front middle section, handy to both the bar and dance floor, Lismore girls to the left, visiting surfers from Sydney at the right and to the rear and the locals were free to roam all about the walls – like beach fishermen rounding on a school of mullet.

The room could only fit about twenty tables, beer was sold in jugs and the band wandered in from the public bar at about nine in the evening. Five of them, two guitars, one bass, one drums and one vocal. The Invincibles, or The Delinquents, or possibly The Misanthropes – and despite their unconvincing appearance and Lismore dag they always managed to put together a good first set.

The empty parquet floor though mocked their music as nobody wanted to be the first up, and it quickly became a no-mans land as the surrounding tribes tested their debating skills on each other. Anyone crossing the floor became subject to a loud and ruthless exchange.

Enmities took quick root and a hot mix of booze, music and parochial justification powered through the room; it slid along the wet floor and wriggled up the table legs and into the jugs and set the infection.

A collective drunkenness slowly took hold of the crowd as the night grew older and a group of local girls took a liking to the empty dance floor and all the eyes that surrounded it, beginning what became a stampede to rhythm as every man in the room rushed in to join them.

The band wound it up hard right away, knowing their crowd when it arrived, jamming five-minute numbers into major opuses, crashing out the entire litany of popular numbers with each one of them encored by roars of enthusiasm. The room was jumping. Everybody was buying beers for the drummer.

The two big local men who have come in late are seated at one of the tables by the wall as an empty jug is hurled across the room to shatter at their feet. They both calmly scan the group from where the missile originated and their gaze settles on the biggest of them over there, a large broad-shouldered oaf with a look of sodden belligerence. His half dozen friends are loudly applauding the throw and are all encouraging him for another as he drains another half empty jug. The beer streams from his mouth and cascades down his shirt and into his jeans. He slams the jug down on the table and looks over at the two men, focuses on them, he tells them both to go and get fucked, he tells them to fuck the fuck off, he calls them a pair of poofters, and he mimes pulling down the zip of his jeans and exposing himself and all his friends cackle and hoot and goad him on.

Together with a few of his friends he moves away from the table and advances on the two men, who sit and wait, but his snarled words are lost in the cacophony as the noise is immense now with both the band in full cry and the dance floor jammed with writhing bodies, all the tables are strewn with bottles, jugs and glasses. Mounds of broken glass have been swept into the corners of the room and the floor is pooled with spilt liquor and everybody in the room is drunk, except the two big men.