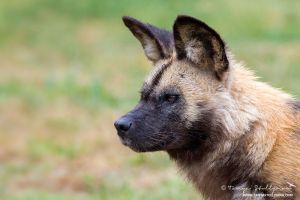 You know that song of Nick Cave’s, Into My Arms – the one with a melancholy hook, well that wouldn’t have been out of place the other day on the hill. Sitting up there with TonyF and Ross the Kiwi.

Cyclone Oswald had ripped away through the strip of forest that separated this place from the nut farm down the valley, thirty trees on the ground, swiped. Ross has the heavy mulcher, TonyF the chainsaw – together they chop the fallen shit out and spit the mulch back.

Everyone has lunch, and we sit on the hill looking west at midday, looking at the shadows and moving rain storms about the Nightcap Ranges. They look a wilderness from here but tigers roam in those hills, hairy men with no discipline. Wild dogs, long-legged and alert, with the eyes of a snake and the ears of a fox. They stop and look at the car as we drive past, curious, and sniffing for warm blood in all that noise.

Women who don’t bother washing their children, ancients bound to their rooms by the overpowering growth of forest and vine about the rotted timber they sleep under. Mould in their rooms as high as moss on a damp rock. They cough all night, wet to the lungs,

Pretty boy that dog my wife says as we steam past on the rutted gravel.

Two short rifle snaps at dawn this morning as a neighbour pulled on some warm pup leaving its den. Maybe two. Just over the fence.

‘You realise,’ he said, one of them on the hill, ‘that we are without any real consequence in the run of things in this country. We matter not a diddle.’

Ross has seven children and therefore seventimes the patience and fortitude of a man with one, and he leans back onto the warm grass and passes on the shared smoke, later for that, and he measures the statement just said for its reasonableness.

The 12.40 Jetstar from Ballina to Sydney slips past the eastern sky.

‘Can’t figure those city puppies,’ he finally said, ‘always afraid of the boss, always shitting themselves about their job. Leaving little to chance.’

He looked at TonyF, who was nearly asleep, ‘what do you say bro?’

Tags: cyclone oswald, eureka folklore, into my arms, nick cave, nightcap ranges
From: Eureka, Works
← warriewood in the day, an outsider’s view
bloodlines →
No comments yet