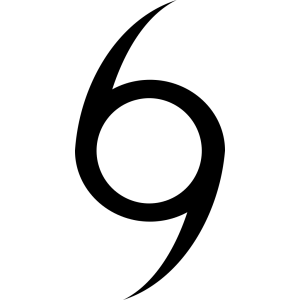 Who knows anybody with that name, Oswald?

What kind of money is being paid to the man who names a cyclone that travelled all the way from WA to my backyard in the fertile hills behind Brunswick Heads and knocked 15,000 mangos onto the ground in three nights of brutal gusting horror winds Oswald?

They were coming down like dud mortar rounds, and right now, just over there are 25,000 big lustrous bushrats gorging themselves rotten on fermented mangos plus a carpet of writhing pythons sliding around underneath them – you reckon a gay nightclub is a home of bad habits, you should shine a spotlight on these babies at 2 am.

Plus I have to worry that they will break the window later when they all rush the house in their red-eyed squirming millions, and yes please, pass the packed pipe Maestro.

The pool. I have one and it’s all a deep green.

Eighteen inches of rain in three days and with no power means some extremely weird amphibious shellbacked water spiders have bred in their thousands in your pool, where you once swam with blithe candour.

You know how some hillbillys up here are always scratching at their ears, that’s because these waterbabies head straight for the orifices when they can find one.

My count is nine, and I’m a gated community.

Here’s another couple of things, like the chain of misfortune – surfers understand this concept when they follow some blessed soul out into the surf – he gets out with dry hair and twenty eight minutes later you arrive after pushing through eleven sets of eight waves. A mile down the beach. Rocks just over there.

Hail Mary, everyone remembers the words.

First we get Oswald, then every power pole between Bundaberg and Yamba gets blown over; meaning a major blackout. That’s when everybody in the house plays find the candle, find the torch, find the generator, find the phone, find the rum bottle.

Find the wife, she’s packed and in the car and looking in the direction of Sydney. Women know two-hundred year storms. They are the queens of evacuation, pianos and husbands sometimes have problems.

Then the gas cylinder hisses out, so no dinner. Those big Telstra towers over there stuck up on the mountain top , the ones that have great connections. Not tonight, so no internet.

Next morning we get a flat tire, and you know how there is always one nut too tight to undo, that little bastard apprentice at the garage, the one you faded three times last year at North Wall – he worked in the garage that did your last service.

Then last night, a call from an old friend in WA, the one who travelled all those miles with you in America – ‘ g’day pete, howyezgoin mate, all good here, ‘ – then he rolls it into a story about how in two weeks he’s going up to Gnarloo for  a few slides. Nothing over five feet.

There’s a park over in Mossman Park where he called from, it’s named The Three Boys.

Kerry is one of them.

Life is a wolf. Hungry for your years.