why chicks don’t dig you – the toes. 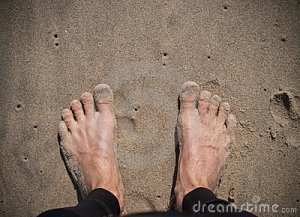 Surfing is a concept. Ask Kant, he’s up there in The Knowledge.

To understand this radical departure from all that is close to us we must examine ourselves because – Truth is Enlightenment.

Walk with us here as we depart on this voyage of reality  where we seek to diminish ‘ The Surfer ‘ to the ignominious failure that he most surely is in the eyes of the chick who doesn’t dig him.

We are not pissing about here, this post is about human physiology, ecophysiology – or how we hang onto the planet.

Here in the Northern Rivers they abide in ever increasing numbers, toads and ^ youths.

Saturday night in Byron Bay and the streets are  full of local barefoot youths stamping down the rampaging canetoads, streets full of drunken youths, stoned youths – and all the beautiful girls standing around shrieking and laughing are not so much impressed by the boofheads as they are by the agility of the toads as they slip this way and that.

The Dance of The Toads.

The sober toads know that nobody dies, and they rise through the cracks. They root like rabbits and they breed like flies, they smear the roads to such an extent it’s an exasperation that the local council doesn’t consider using their mummified husks as roadbase and not a lot of chicks up here dig the council just quietly.

This lad ^ has obviously been wearing thongs for so long and in any order of toe his feet resemble those of an orangutan, and no lady I know wants to wake up next to a rangy.

The open-toe test is simple, run a finger between any gap down there, lift the finger to the nostril and inhale – then reel back in horror and revulsion. Parts of you are dying down there brother, rotting away.