ballet and surfing – 1 – how to look like a real champ. 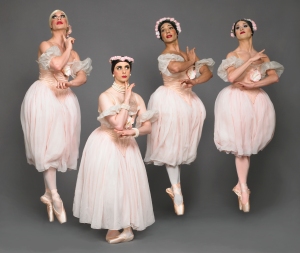 Surfing, as we all know, is always concerned with new moves, newer moves. Stand-out manoeuvres that win comps, win babes, win money, garner international prestige and eventually culminate in world domination. Mr. K. Slater for instance – google that lad and pick a site out of the 234,987,908,123 on offer.

Most of us would admit, and I’ve done the numbers, that the number one spot on the dias at the Triple Crown is a good look.

But could we do it better? Are we asking ourselves this?

How many pros hide themselves in the same conforming attitudes of fake humility when they are up there waving the $45,000 cheque? Plenty. They might as well be wearing a burka we can see so little of them under their hats and behind their shades. This of course is a standard ploy demanded by the corporates so that when 2011 Champ A gets beaten by 2102 Champ B the pics of the winners are interchangeable. Providing they are sponsored by the same brands. Then of course we get to be subjected to the fizzle from a $2 bottle sparkling Chardonnay from the dias while the successful sponsors are back in the van sucking back the Hennessey V.S.O.P  and writing themselves cheques in large denominations, though regrettably not in US$. Small problem with backup there lately.

We suggest a change. A Triumphal Change. 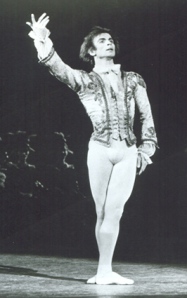 Here for example we have the Rudy Salute of World Domination. Modelled by the winner of the 1990 Pipeline Masters *

A closer examination (just stand back a little girls) shows us that Rudy is not only a fit looking guy with big thighs, he has gone to town on a bit of off-centre clobber too.

The juxtaposition of the semi-tight matador blouse and super-tight strides is breathtaking. Plus he’s not too ashamed of putting forward a suggestion of what his after hours assets might be capable of. That’s a big squeeze play right there, yo.

< – – – This is how you make a salute to the thundering applause of the hundred or so folks who have decided to hang back after the comp in the hope that one of the place-getters might put on a stink for the blatant snake that went unnoticed by the judges – all of whom wisely vacated their air-conditioned tent with free liquor provided two minutes after handing in their sheets – and as if we care what those bozos are wearing.

Asamatteroffact there is an argument that pro surfing judges should be turfed out of their 5 star beach accommodation, given a pink wetsuit and paddleboard and told to get out there with the competitors – Most other professional sports have their officials on the field – our blokes sit up their like judges at a saturday afternoon talent quest in the local beergarden.

Nevertheless we like this lack of modesty here ^, Rudy is arching up with pride in himself – this is the look of a champion. Someone should harden up here.

* note to T. Carroll – There was a recount, somebody was supposed to ring you.