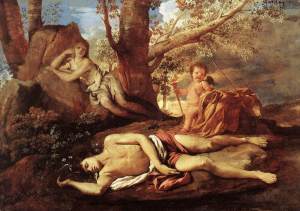 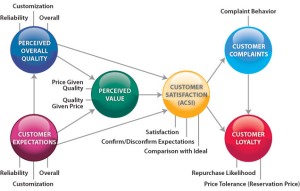 As if you don’t meet enough of them in the water!

Online dating agencies are widely used and aggressively advertised on the Internet, so much so that the industry has now started to use niche marketing

By seeking out smaller segments of larger markets, referred to as niches, a website can be developed and promoted quickly to uniquely serve a targeted and usually loyal customer base, giving the affiliate a small but regular income stream. This technique is then repeated across several other niche websites until a desired income level is achieved.

This we all know, but what we don’t know is that in most Online Dating service companies each applicant is vetted by a management committee before they take the money – This of course is purely to ensure that the site does not become a home for misogynists, misandronists, flagellators, masturbators, misanthropes, and generally speaking, people of unkempt morality. They are already well catered for in the surfing forums.

The management committee of www.chunkysurflove.com (Cecil and Roger) has kindly allowed us to review the voice recorded minutes of their last meeting where they considered 4 new applicants.

Stratham J advertises himself as mature and buff. He is a regular at Shipsterns and Cow Reef and he holidays at Tahiti and Sumatra. He has a career in editorial fashion and travels widely with the Victoria’s Secret Lingerie roadshow.

He is enquiring about the $1.500 pa X 5 year membership program.

Cec, ‘ What the fuck is this bullshit, the bloke’s a fucken shelia!’

Roger. ‘ Young men take more care of their complexion this century Cecil, Stratham looks to be a fine example of good clean living, and he has very nice teeth.’

Cec. ‘ Bullshit Rog, and if he’s a bloke what’s he doin’ fronting for an outfit selling ladies g-strings? Bloke’s an obvious ponce. Probably wears them under his wetsuit. I’ll bet his old lady doesn’t do his laundry.’

Roger. ‘He also has a very nice tan.’

Cec. ‘ Tan my arse, touch him and it’ll rub off, and I’m mighty suspicious of the fucken eyebrows come to think of it, no bloke I know grows them like that.’

Roger. ‘ You are such a silly boy Cecil; a weekend in any city club might be just what you need. He’s just a nice looking boy with a lovely smile who’s a little bit lonely.’

Giovannini has spent 20 years on the Pro circuit and models his surfing on Tom Curran for grace and Sonny Boy Gomes for aggression. He has toured extensively through Indonesia the US and Hawaii and lists Outer Waikiki, Thailand and Malibu California as his all-time favourite surfing destinations. Giovannini is a career escort and is enquiring about the $2,000 pa X 7 year membership.

Roger.’ So much character in this photo Cecil, so much strength.’

Cec. ‘ Bullshit Rog, he’s just looking at himself in a bloody mirror, and when was the last time you ever saw a surfer with fucken side-levers?’

Roger. ‘ Hair care is an important accessory in the escort business.’

Cec. ‘ So’s having a big dick Rog, and this dill looks like he’s trying to pull ours. Who ever goes to fucken Malibu for surf for fuck’s  sake? Bloke’s like this will give the site a bad name.’

Kelly-Anne doesn’t surf, in fact she cannot swim. She lives in the United Kingdom and holidays in Monaco where she has a Mangusta 165 moored permanently outside the Monte-Carlo Bay Casino.

Kelly-Anne likes clubbing and is enquiring about the free three-month trial.

Benny comes to us from Italy via the west coast of Africa where he surfed through Senegal to Mauritania. A mature fifty year-old he is looking for a stable relationship with a woman interested in right wing politics. Benny is a self funded retiree and has maintained close relationships with many colleagues in South America. Benny is looking at the lifetime special offer priced at $10,000.

Roger. ‘ Heavens! There’s something dreadfully familiar about this fellow, what a brute.’

Cec. ‘ Probably a nugget, looks like he could handle the heavy stuff.’

Roger. ‘ Benny? Benjamin? It’s on the tip of my tongue. Such a strong profile.’

Cec. ‘ Bit of a throwback don’t ya reckon Rog, looks like something out of the forties, probably handle a good blue.’

Cec. ‘ Bit of Occhilupo in the look I’ll admit. Comes on a bit strong with the shirt and tie though. I fancy the look of his 10k though.’